In a two-hour interview aired in the US – Oprah With Meghan And Harry: A Primetime Special, the couple made a series of bombshell claims – including Harry saying Prince Charles had at one point stopped taking his calls, and alleging he had been “trapped” in the royal system, “like the rest of my family”.

The couple also discussed racism, with Harry saying it “hurt” that his family did not speak out against articles “with colonial undertones” written about his wife. Meghan told Winfrey she married into the royals “naively, because I didn’t grow up knowing much about the Royal Family”. While the couple were respectful of the Queen, with Meghan saying she had “always been wonderful” to her, the interview will no doubt have shocked the Royal Family.

Speaking about her pregnancy with baby Archie, Meghan claimed the Royal Family did not want him to be a prince or offer him security; she said there were “concerns and conversations about how dark his skin might be when he’s born”. Winfrey asked if her son being “too brown” would be a problem, to which Meghan replied: “If that is the assumption you are making, that is a pretty safe one”. 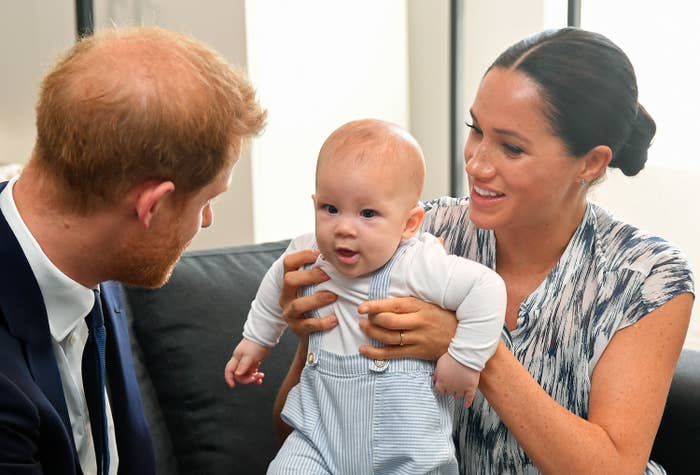 Under rules set down by George V, Archie cannot be a prince because he is too far removed from the line of sucession, but he will be entitled to become a HRH or prince when Prince Charles takes the throne. However, she declined to say who raised the concerns, saying that would be “very damaging to them”. She added: “That was relayed to me from Harry, those were conversations the family had with him, and I think it was really hard to be able to see those as compartmentalized conversations.”

Meghan revealed that she struggled with her mental health due to the intense pressures of being in the Royal Family, and that she had suicidal thoughts;”I just didn’t want to be alive any more” she said.

Prince Harry and Meghan Markle also disclosed that they are expecting a baby girl this time.

The Queen has however following this interview expressed her sadness about the challenges Meghan and Harry are going through and has said that the matter shall be settled amicably but privately.