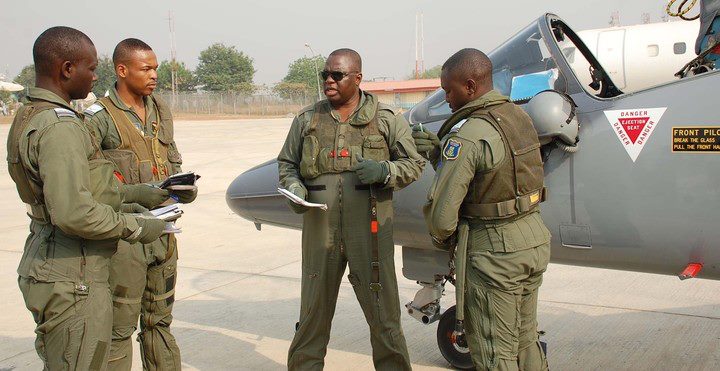 The Nigerian Airforce has sustained aerial bombardment of Sambisa forest with over 280 operational sorties conducted against terrorists targets in the area in the last one month.

Mr. Amao said the ongoing and sustained air operations and surveillance within the theater of operation in Adamawa, Borno and Yobe States were intensified between December 2015 and January 2016 towards ending the Boko Haram menace.

He said: “In continuation of the counter insurgency, the air component in the last one month conducted 286 operational sorties against terrorists’ targets from 25 December to date in the Sambisa forest covering an area of 157,000km2 which is equivalent to the total land mass of South Korea, Portugal and Togo in a total of 536 hours, 21 minutes were flown by various platforms engaged in the operations,

“This translates into 316,637.5 litres of aviation fuel which amounts to N60.3 million, excluding the cost of maintenance and armament expended.”

He further explained that prominent operations among the missions carried out included an air strike on December 25 last year where some terrorists’ leaders and junior commanders, who gathered for a leadership meeting in Sambisa Forest, were neutralized by a precision strike which led to the killing of several Boko Haram terrorists.

There was also a significant strike conducted on January 17, 2016, following intelligence report on the location of a High Value Terrorists (Boko Haram HVT) leader taking refuge at a location south of Arra village in the Sambisa Forest, where air strikes neutralized the target.

He added that some areas of the successful airstrikes conducted to include; Gadzama, Ngwalimiri, Dure and Dure Takwalla, Ajigin, Bitta, Gulumba Gana, Sigel, Damasak and Kumshe communities now occupied by insurgents.

Other areas that came under strike include; Yajiwa, Asaga, Tumbun Gini and Mada towns, amongst others, as well as medical evacuation missions which were also carried out at Marte Local Government area and Banki town of Borno state on January 21 this year.

The deputy commander however maintained that the Nigerian Air Force, through its Component in Operation Lafiya Dole, is focused on sustaining air operations and providing support to ground troops of the Armed Forces as they strive to rid Nigeria of the Boko Haram insurgency.

Mr. Amao further added that all the areas bombarded were thoroughly monitored on intelligence surveillance and eye services before the attacks or shelling.

Most of the targets included Boko Haram fuel pump storages, Solar Panels, Meeting Points and hideouts in the samuba forests as most of the areas were identified first before the air strikes.

Do Not Withdraw Our Certificate Of Return: Uba, Oduah And Others Tell INEC