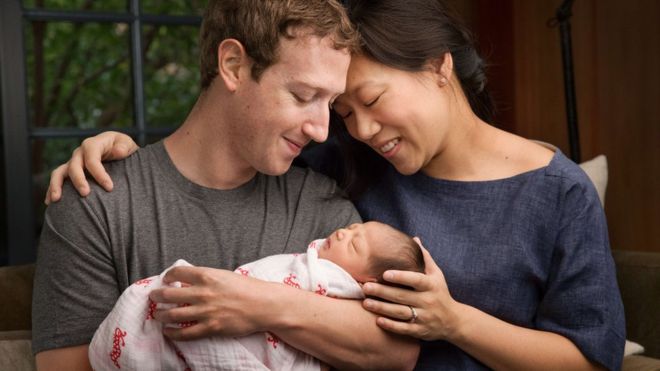 Facebook’s Mark Zuckerberg and his wife Priscilla Chan say they will give away 99% of their shares in the company to good causes as they announce the birth of their daughter Max.

Mr Zuckerberg made the announcement in a letter to Max on his Facebook page.

He said they are donating their fortune to the Chan Zuckerberg Initiative because they want to make the world a better place for Max to grow up in.

Max was born last week, but the couple only made the news of her birth public on Tuesday.

In his letter Mr Zuckerberg said the aim of the Chan Zuckerberg Initiative is “to advance human potential and promote equality for all children in the next generation”. 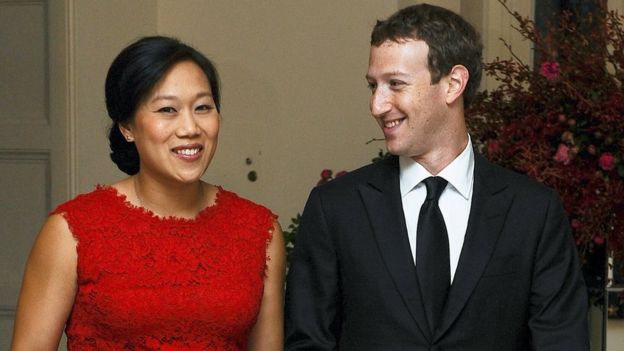 “Your mother and I don’t yet have the words to describe the hope you give us for the future,” Mr Zuckerberg said at the start of his letter to Max.

“You’ve already given us a reason to reflect on the world we hope you live in,” it added.

The letter highlighted the important role of technology in achieving the couple’s goals of advancing human potential and equality.

“Many of the greatest opportunities for your generation will come from giving everyone access to the internet,” Mr Zuckerberg wrote to his daughter.

He said more details about the donation will be released once he and Ms Chan return from paternity and maternity leave.

Mr Zuckerberg said he will remain CEO of Facebook for “many, many years to come,” and Facebook said he is expected to be the controlling stockholder of the company for the “foreseeable future”.

Nigeria: Core Igbo Men, Women in Support of Biafra but Against Violent Protests in Our Markets – S-East Traders