The 2016 Ofala festival was the talk of the town. It was a cultural fiesta that took place on the 26th of December, 2016. From a rigorous one-year planning period that resulted in an alluring celebration, with eye-catching decorations that got the entire Round Palace glittering, the beautiful balloon work at the foyer, masquerades’ displays, colourful exhibition of dances, culture and tradition of Ogbunike people, the 2016  Ofala Festival was definitely a historic event.

Generally in Igboland, Ofala Festival occupies a unique place in the annual calendar. It was a day for merrymaking. It was also an avenue for sons, daughters and friends of the community to gather and thank God for keeping them alive.

The name Ofala is derived from two Igbo words ofo (authority) and ala (land), the ceremony also serves as rites of renewal of the Igwe, a time for the royal father to give an account of his stewardship in the outgoing year in preparation for the New Year. On the other hand, it is also a day when deserving members of the community and their friends, who have contributed to the development of the community, are especially rewarded with awards and chieftaincy titles.

Though Ogbunike belongs to Umu-Iguedo clan, the geographical location of the town has made it susceptible to influences of other cultures, some of which have made a lasting impact on the people. However, there still exist close ties among the Umu Iguedo clan (Ogbunike, Akwuzu, Umueri and Nando), with Ogbunike as okpala Iguedo (first son of Iguedo). 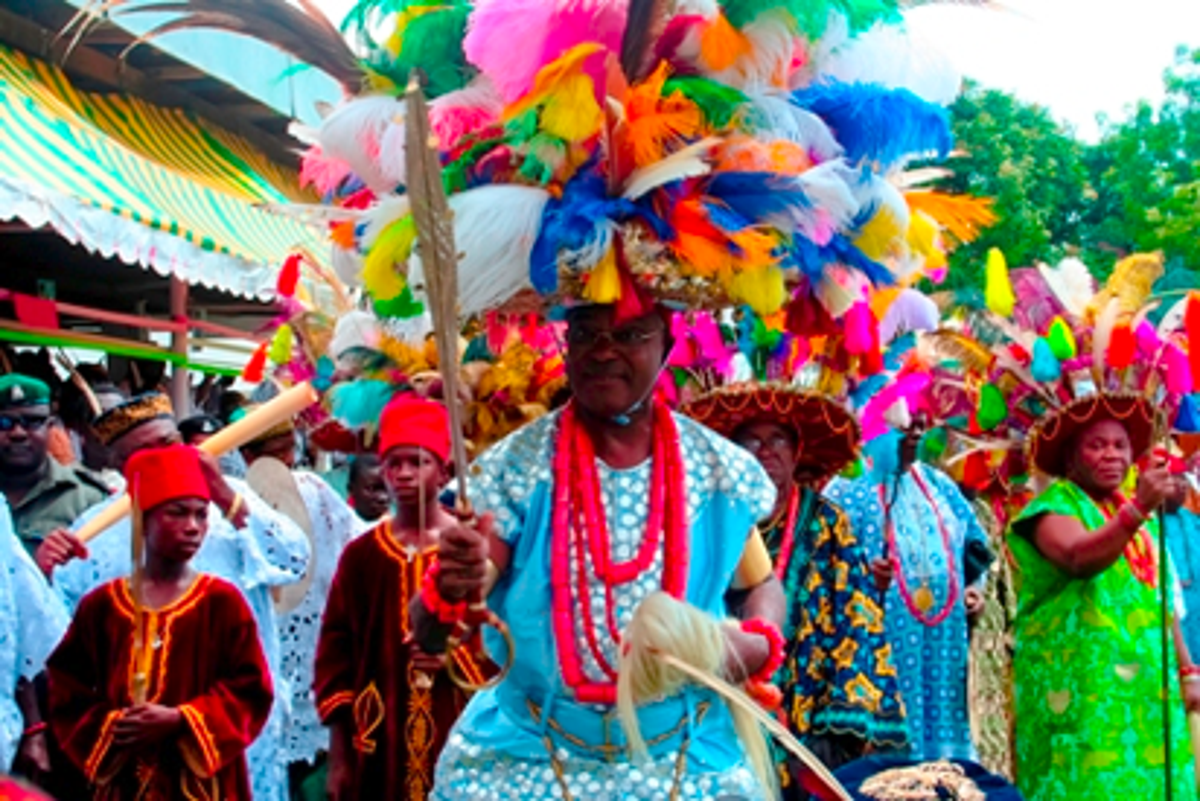 Ofala: A period for monarchs to showcase their cultures in Igbo land. Source: – Vanguard News

In Ogbunike, Ofala celebration is the sole responsibility of the traditional ruler as the custodian of custom, culture and tradition of the people. It epitomizes the conceptualization of generational values, lifestyle history and anthropological origin. The ceremony brings people together and re-unites His Majesty with his subjects and well-wishers, and the peace, love and harmony that radiate during the festival rejuvenates the willingness for development, progress and unity.

But unlike previous editions, the 2016 Ofala Festival in Ogbunke was special in the sense that it marked the 75th birthday of the traditional ruler of Ogbunike, HRM Igwe

John Ositadimma Umenyiora (Ezedioramma 1) and it also coincided with his 40 years on the throne. In other words, it was a triple celebration for Ogbunike Kingdom. Being one of the longest-serving traditional rulers in the state, a bumper package was expected. Indeed, it was a gathering of who is who in Igboland. 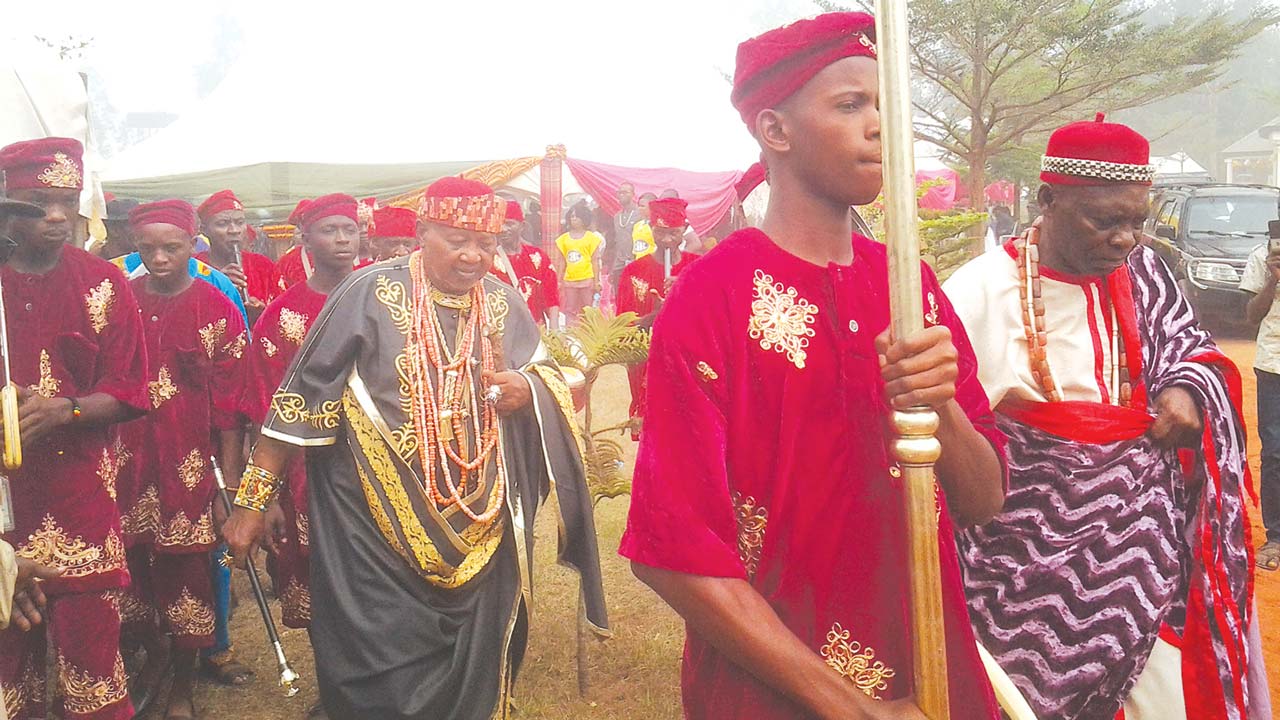 Meanwhile, the governor of Anambra State, Chief Willie Obiano, who was to be the Special Guest of Honour at the festival, couldn’t make it. Secretary to State Government (SSG), Mr. Solo Chukwulobelu, represented him. Obiano, who is an in-law of ndi Ogbunike, was said to be attending a traditional marriage elsewhere.

As early as 9 am, all roads led to the Round Palace, with guests trickling into the Ofala ground in their beautiful outfits and uniforms, while traditional dance troupes and ceremonial masquerades entertained guests at different locations. However, the arena came alive when Igwe Umenyiora, dressed in his full ceremonial regalia, rolled into the arena in his black Lincoln Limousine car, with the traditional Igba Eze providing beats. That was after he conferred chieftaincy titles on some deserving members of the community and friends. Also on the procession were members of the igwe’s inner cabinet and traditional chiefs dressed in colourful regalia.

CLUTCHING the Ofo (the sacred symbol of truth, justice, law and authority) in his left hand, chanting of ‘Igweeeeeeee’ rented the air, as the flamboyant king and business mogul made his way into the arena for his first outing. In fact, the security men had their hands full, as they battled to control the paparazzi and the obviously excited crowd that struggled to catch a glimpse of the philanthropist, who has played a vital role in the growth and development of the community. As soon as the procession got to the ufie stand, His Majesty spent a few minutes dancing to the ufie music as tradition demands, before returning back to the throne.

When he returned for his second outing, he was clad in a different robe and crown to match, as he acknowledged cheers from his subjects and visitors. But by the time he returned to the arena for the third outing, the atmosphere became fully charged. His third outing usually marks the beginning of Ofala proper in the arena.

The 3rd face of Okija pageant set to...