The Story Behind Valentine We Celebrate. 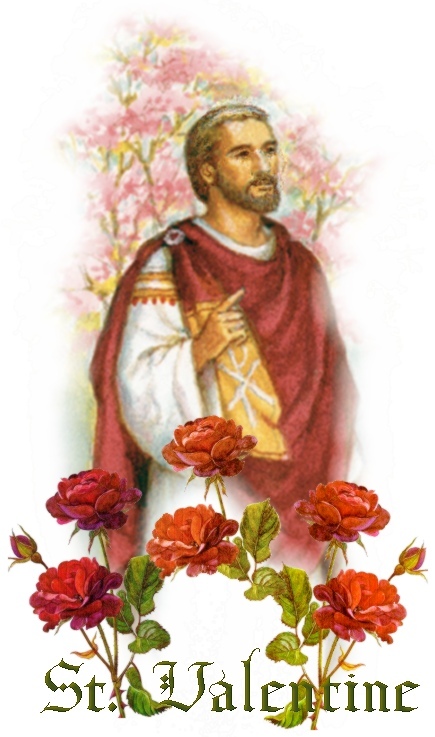 The exact birth of this extraordinary saint is historically unknown but we known from available records was that he was a Catholic priest during the reign of the Roman Emperor Claudius II during the 3rd century.
The Roman Emperor Claudius II was involved in many bloody and unpopular war campaigns to get more men to join his army. He believed at the time that the reason why he was finding it difficult to get men to join the military was that the Roman men were very dedicated to their wives and family. As a result, Claudius forbid the rites of marriages and engagements in Rome.

St Valentine was a priest in Rome during his reign. He and St Marius ignored the official order and performed secret marriages of some loving couples for this deed. He was arrested and dragged before the Prefect of Rome who condemned him to a Three part execution of beating, stoning and to be beaten to death with his head cut off.

He is reputed to have suffered martyrdom having been beaten to death on the 14th of February about the year AD270 during the papacy of Pope Felix I. February 14th, the day he was martyed became his feast day in accordance with the ancient Catholic tradition of making a Saints death his feast day. Legend had it that on the day before his execution, he left a farewell note for the jailer’s daughter whom had become his friend and signed it “From your valentine”.

At that time in Rome, an ancient custom which dates back to the 3rd century was been celebrated in the month of February. The festival which was called “Lupercalia” in honour of Juno, queen of the Roman gods and goddess, was also known as the goddess of women, love and marriage.

On this occasion, pagan ceremonies were been held in which young men would choose names of maidens to be their partners during the celebration. This was usually sealed with a gift exchange.

The early church which transforms pagan festivals by giving them Christian meaning, decided to do away with the pagan element which was eroding the faith of the early Christians by substituting the names of saints for those pagan gods and goddess.

In 496AD, Pope Gelasius (An African Pope and the last Arican Pope) set aside Feb 14th to honour St Valentine who was beheaded because of his love for the Lord and his people.

Through the centuries the Christian holiday became a time to exchange love messages and St. Valentine became the patron saint of lovers. He is the patron saint of engaged couples and of anyone wishing to marry. Valentine are sent as signs of devotion of true lovers, friendship between friends and gestures towards the poor and one’s loved ones.

In our Modern era, The question facing us is are we really practising the true love as exhibited by St Valentine the man behind the festival we now celebrate or are we just celebrating another form of what some may call NEO-PAGANISM, a return back to the early pagans.

A native doctor ( Dibia) who used female underwear and pads to perform rituals has been arrested in Anambra.

INEC Battles Uba, Oduah And Others In Supreme Court