Igwe Alfred Achebe, The Obi of Onitsha on  Monday pledged the commitment of traditional leaders towards the fight against drug abuse and trafficking in Onitsha. This commitment was made at the ‘Come Alive Initiative’ a not-for-profit organisation for students during the holidays. 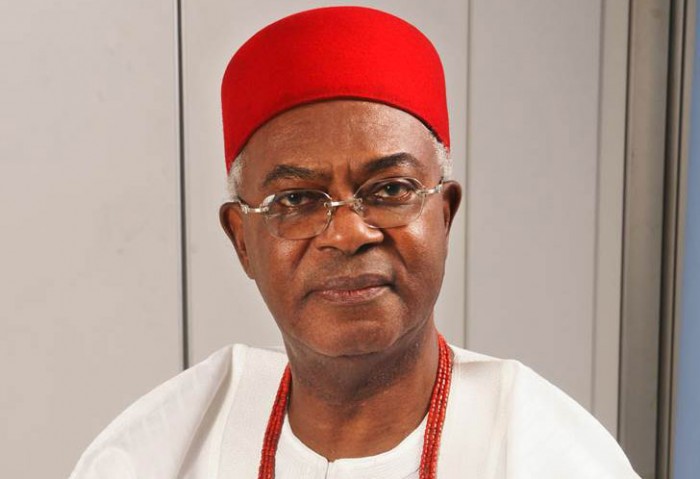 “Monarchs in Anambra have decided to fight drug abuse and trafficking comprehensively, even as Gov. Willie Obiano has declared war on crimes and criminality in the state.” He said. “As traditional rulers, we must get everybody involved and even help to coordinator and mobilise bodies to see that the fight would be taken to the doorsteps of every family in the state. We need to redeem the legacies of our fathers and ourselves by making sure that our children are disciplined and uphold the age-long positive legacies of our great state,’’

Achebe, who is also the Chairman of Anambra State Traditional Rulers Council, commended the efforts of the ‘Come Alive Initiative’ for starting their nationwide outreach and rehabilitation of drug victims in Anambra.

In addition to a donation of N50, 000, the Vicar of St. Mary Catholic Church, In-land Town, Onitsha, Rev. Fr. John-bosco Okafor, also had words for the students; “I will also urge you to use the free classes as well as the opportunity you have to be serious with their studies. The Catholic Archdiocese of Onitsha and our archbishop, who is a lover of youths, would continue to support the programme,’’Okafor said.

The National Co-ordinator of the NGO, Mr Victor Enwezor, Enwezor said that the NGO had formed a students’ anti-drug abuse club in Onitsha and pledged to replicate the clubs in all the communities in Anambra. He explained that  the youths remained the focus of the NGO,  using them as foot-soldiers to take the message to the various homes.

“We have got the support of the chairmen of the council areas in Onitsha and the Obi of Onitsha on this project while the Redeemed Christian Church of God has agreed to provide facilities for rehabilitation of drug victims in the state,’’ he said.

More than 4,000 students are attending the free classes funded by the Obi of Onitsha.

My Onitsha Will Not Die! The Ojinnaka Obi Asika Interview

Ghana To Utilize Gold Instead Of U.S. Dollar...

‘We Are Taking Back Naija,’ Peter Obi Reiterates...