Andrés Manuel López Obrador, Mexican President has declared that he is positive for COVID-19 This announcement comes as his country registers the highest levels of infections and deaths to date.

He stated: “I regret to inform you that I am infected with COVID-19,” he tweeted. “The symptoms are mild but I am already under medical treatment. As always, I am optimistic. We will all move forward.”

Mexico’s director of epidemiology, José Luis Alomía Zegarra, stated that the 67-year-old López Obrador had a “light” case of COVID-19 and was “isolating at home.”

Mexico’s president declared that pending his recovery, Interior Secretary Olga Sánchez Cordero would be taking over for him in his daily news conferences, at which he usually speaks for two hours without breaks each weekday.

Despite his age and high blood pressure, López Obrador has not received a vaccine shot even though Mexico has already received a batch of Pfizer-BioNTech doses. He has said that health workers would be the first ones to get them. Under the government plan, people over 60 will start being vaccinated in February.

López Obrador did not comply with the safety protocol of wearing a nose mask and continued to keep up a busy travel schedule taking commercial flights.

He has also resisted locking down the economy, noting the devastating effect it would have on so many Mexicans who live day to day, even though the country has registered nearly 150,000 COVID-19 deaths and more than 1.7 million infections. A new wave of infections has pushed the health system of the country’s capital city close to saturation.

Earlier in the year, when Lopez Obrador was asked how he was safeguarding the country; he replied by removing two religious amulets from his wallet and proudly showed them off.

“The protective shield is the ‘Get thee behind me, Satan,'” López Obrador said, reading off the inscription on the amulet, adding, “Stop, enemy, for the Heart of Jesus is with me. 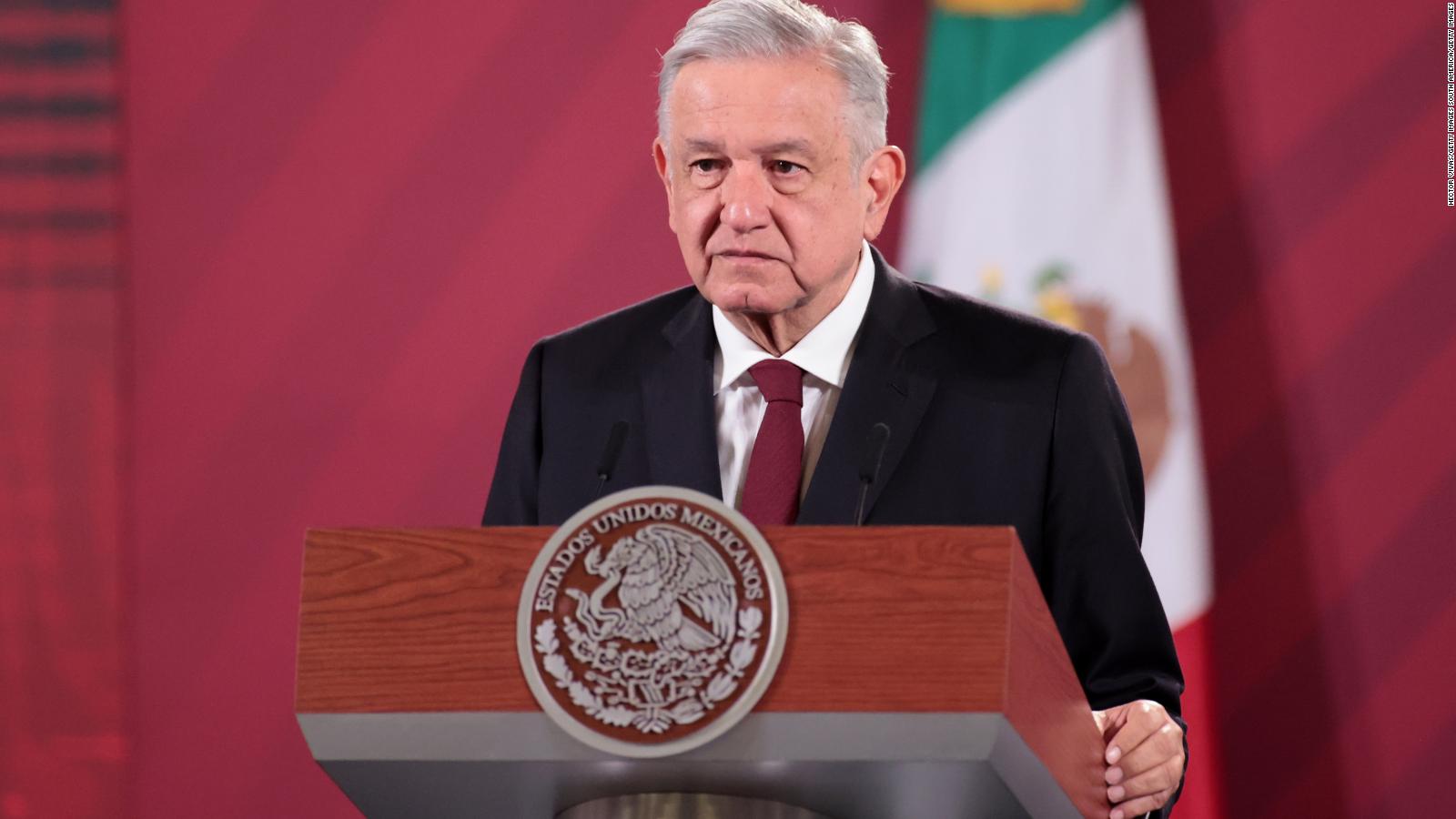 In November, Tedros Adhanom Ghebreyesus, head of the World Health Organization, urged Mexico’s leaders be serious about the coronavirus and set examples for its citizens, saying that “Mexico is in bad shape” with the pandemic.

He didn’t name López Obrador, but said: “We would like to ask Mexico to be very serious.”

At the start of the pandemic, López Obrador was criticized for still leaning into crowds and giving hugs. The eternal campaigner, López Obrador’s style of politics has always been very hands-on and personal. As the pandemic grew, he began limiting the attendance at his events and maintaining his distance from supporters.

READ ALSO; History made as Buhari appoints Nigeria’s first female ambassador to the US.

But on Friday, López Obrador posted a photo of him, Foreign Minister Marcelo Ebrard, a translator and former chief of staff Alfonso Romo, all gathered around a table for a phone call with new U.S. President Joe Biden. None were wearing masks; the foreign relations department has not answered questions about whether Ebrard has been tested. 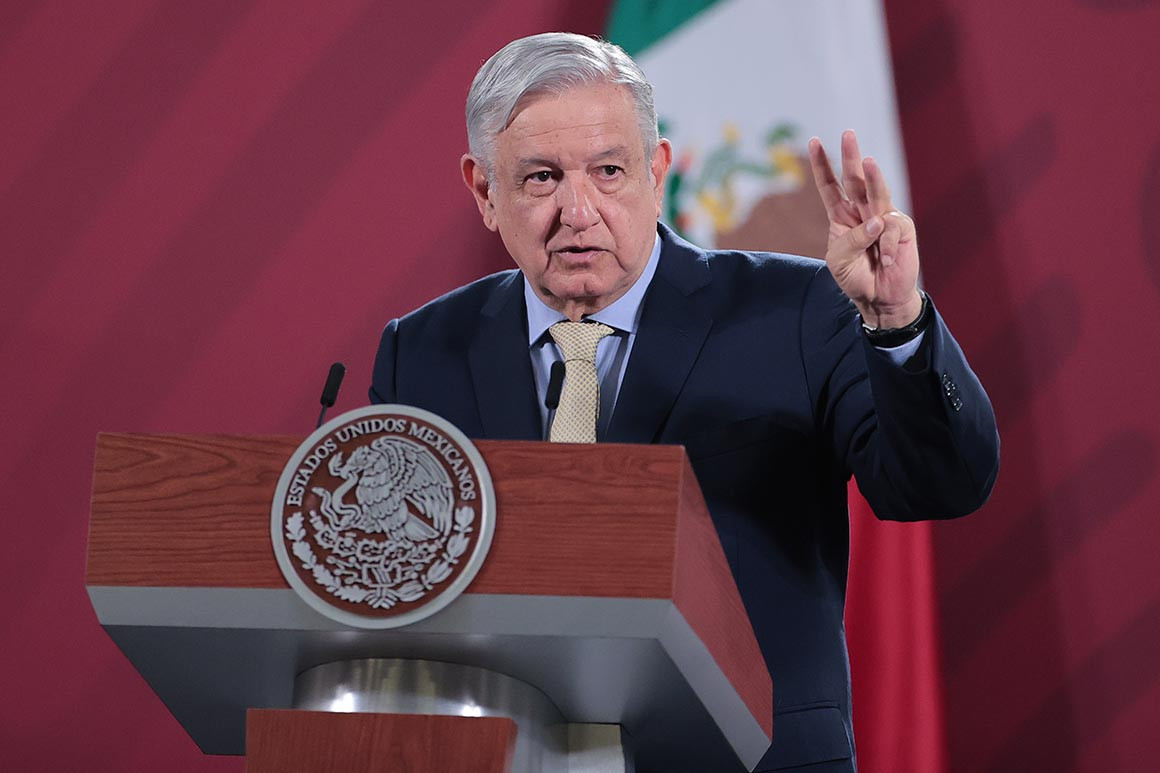 López Obrador’s announcement came shortly after news emerged that he would speak with Russian President Vladimir Putin on Monday about obtaining doses of the Sputnik V COVID-19 vaccine.

Mexico Foreign Affairs Secretary Marcelo Ebrard said via Twitter the two leaders would speak about the bilateral relationship and supplying doses of the vaccine.

The vaccine has not been approved for use in Mexico, but the government is desperate to fill supply gaps for the Pfizer vaccine.

Besides López Obrador, other Latin American leaders who have tested positive for the coronavirus are Brazil’s President Jair Bolsonaro, Guatemala’s Alejandro Giammattei, Honduras’ Juan Orlando Hernández and Bolivia’s then-interim President Jeanine Ánéz. All have recovered from the virus.

Anambra Records 8 Fire Outbreaks in The Past 24 hours

Abia Monarch, Eze Bernard Enweremadu passes on at the age of 77.