The grandfather of a boy soldier – dubbed ‘Jihadi Junior’ – who appears in a new ISIS execution video has begged his notorious British jihadi daughter to bring him home.
22 year old Grace , of Christian and Nigerian descent left her London home in 2012 to enter into an arranged marriage and live in Syria with her husband. 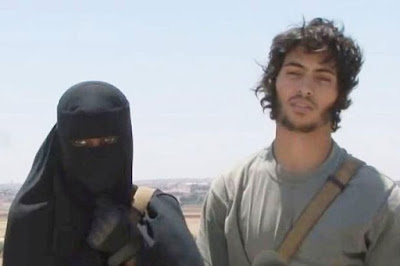 Mr Dare told Channel 4 News he had reported her to the police on three occasions before she left for Syria, telling them: 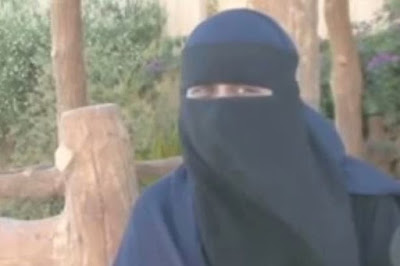 Footage released online on Monday showed a masked Briton carrying out the brutal murder of five men he accuses of spying for the UK.
The horror clip ends with a child thought to be from the UK hailing the deaths, saying: “We will kill the Kuffar (unbelievers) over there”.
Now, Sunday Dare, 59, is begging  Grace, known as ‘Khadijah’, to bring the boy home. 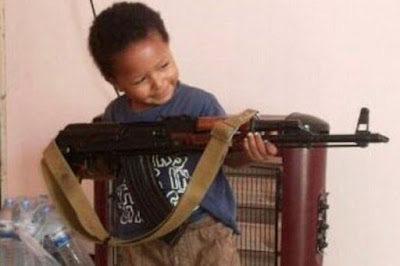 “Grace, Grace, come home with my grandchildren. “Come home, we love you, come and face the music. You caused it yourself, you’ve got to face the music.”

She achieved celebrity status in Islamic State after vowing to become the first female Islamic State fanatic to behead a British or US hostage.
In a video unearthed by The Mirror in 2014, burka-clad Dare fired an AK-47 rifle and pleaded with fellow Brits to fight by her side in Syria.

A security source said at the time:

“The threat Dare poses is immense. “Her notoriety has evolved so rapidly that she has achieved a celebrity like status among jihadists fighting in Syria and those who are thinking of travelling abroad to join IS.” 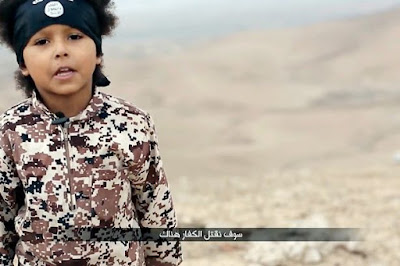 The threat from homegrown would-be terrorists such as her is very great. Dare has now become a top priority.”

On her Twitter account – which has since been taken down – Dare posted pictures of her four-year-old son holding a machine gun.
The boy would be roughly the same age and shares similar features to the child wearing military fatigues and an ISIS bandana in the new video.

Biafran Passport: Igbo Victims Cry Out That MASSOB Defrauded Them