Onitsha market literature, 20th-century genre of sentimental, moralistic novellas and pamphlets produced by a semiliterate school of writers (students, fledgling journalists, and taxi drivers) and sold at the bustling Onitsha market in eastern Nigeria. Among the most prolific of the writers were Felix N. Stephen, Speedy Eric, Thomas O. Iguh, and O. Olisah, the latter two having also written chapbook plays about prominent literary figures.

The Onitsha writings have two distinct characteristics: a fascination with westernized urban life and the desire to warn the newly arrived against the corruption and dangers that accompany it. Typical titles are “Rose Only Loved My Money,” “Drunkards Believe Bar as Heaven,” “Why Some Rich Men Have No Trust in Some Girls,” and “How to Get a Lady in Love.” Sentimental novelettes, political tracts, and “how to” guides on writing love letters, handling money, and attaining prosperity all have achieved great commercial success, and booksellers hawk these cheap, locally produced pamphlets (which are printed on handpresses) at Onitsha alongside farmers and fishermen, cattlemen from the north, and cocoa merchants from the west.

Although the Onitsha pamphlets are of little literary value, they serve the dual educational function of improving the English of their broad, semiliterate audience and of addressing themselves to the immediate problem of how to live in a big city and how to reconcile rural values with a confusing cluster of new temptations and styles of living. Unfortunately, traditional mores are often only halfheartedly upheld, and the old folk back in the village often become symbols of outdated ideas and are laughed at for their illiterate pidgin English. Thus, the dangerous city is secretly the object of great admiration for most Onitsha writers, and no sense of nostalgia over a lost African past such as is found in Nigeria’s top literary figures has its place in their market literature.

As a literary phenomenon the Nigerian chapbooks, similar in many ways to the chapbooks of 17th- and 18th-century England, are important for the close relationship of writer and audience without reference to an outside world, and this subliterary genre seems likely to persist alongside the mainstream of Nigerian literature.

Onitsha gave us Onitsha Market Literature, inexpensive booklets and  pamphlets published by local presses which covered issues on love, sex, marriage, and money, as well as local history, folktales and proverbs. These were stories about the “masses”, usually written by them and Emmanuel Obiechina, who wrote extensively about this literature, notes that  the most devoted readers were “grammar and elementary school boys and girls, lower-level office workers and journalists, primary school teachers, traders, mechanics, taxi-drivers, farmers and the new literates”.

With titles like Miss Cordelia in the Romance of Destiny, Miss Rosy in the Romance of True Love, No Condition is Permanent, Why Boys Never Trust Money Monger Girls, Boys and Girls of Nowadays, The Way to Make Friends with Girls, Money Hard to Get but Easy to Spend and Drunkards Believe Bar is Heaven the pamphlets were trying to reflect the broad experiences of Nigeria’s emerging urban working class at that time.  Sadly, it did not survive past the Nigerian civil war. 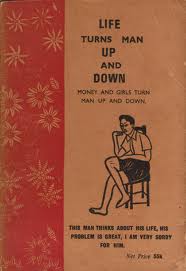 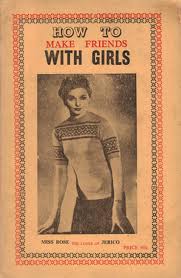 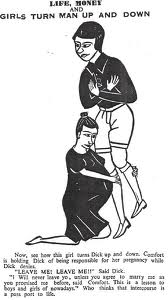 INEC Should Apologise Over Delayed Rerun Elections In Anambra And Others