Nigeria’s Ngozi Okonjo-Iweala was appointed the seventh Director-General of the World Trade Organization on Monday, 15th of February, 2021 making her the first woman and the first African to head the multilateral trade body from March 1, 2021 to August 31, 2025.

“The decision was taken by consensus at a special meeting today of the organization’s General Council,” said an official.

The US, under the Donald Trump-administration, had blocked Okonjo-Iweala’s appointment in October despite strong endorsement from almost all WTO members including India.

However, the Joe Biden administration extended the US’ support to Okonjo-Iweala earlier this month following which South Korea’s candidate-Yoo Myung-hee- withdrew from the race.

Okonjo-Iweala said a key priority for her would be to work with members to quickly address the economic and health consequences brought about by the Covid-19 pandemic.

Dr Ngozi Okonjo-Iweala, born on June 13, 1954, is a global finance expert is an economist and international development professional with over 30 years of experience working in Asia, Africa, Europe and Latin America. She was born Ogwasi- Ukwu, Delta State. Currently, Dr Okonjo-Iweala is Chair of the Board of Gavi, the Global Alliance for Vaccines and Immunisation. Since its creation in 2000, Gavi has immunized 680 million children globally and saved ten million lives. She is also a Senior Adviser at Lazard and sits on the Boards of Standard Chartered PLC and Twitter Inc. 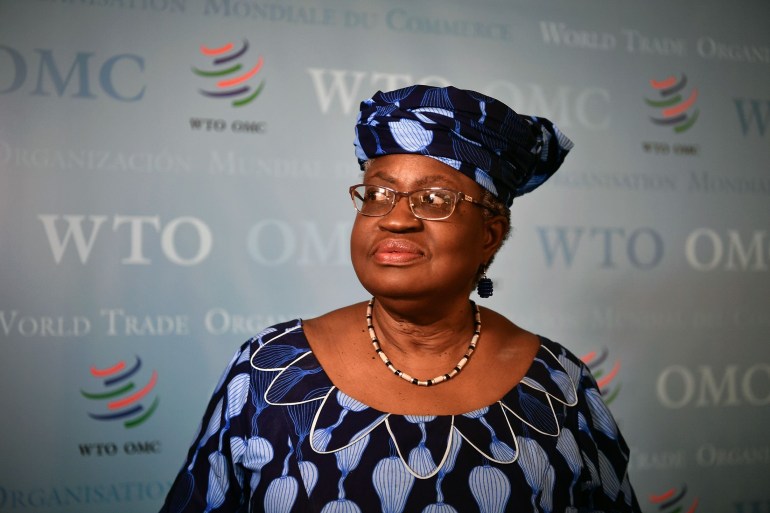 Previously, Dr Okonjo-Iweala served twice as Nigeria’s Finance Minister, from 2003-2006, 2011-2015, and briefly Foreign Minister in 2006, the first woman to hold both positions. She spent a 25-year career at the World Bank as a development economist, rising to the No. 2 positions of Managing Director, Operations.

She is renowned as the first female and black candidate to contest for the presidency of the World Bank Group in 2012, backed by Africa and major developing countries in the first truly contestable race for the world’s highest development finance post. As Managing Director of the World Bank, she had oversight responsibility for the World Bank’s $81 billion operational portfolios in Africa, South Asia, Europe and Central Asia. Dr Okonjo-Iweala spearheaded several World Bank initiatives to assist low-income countries during the 2008-2009 food crisis and later during the financial crisis. In 2010, she was Chair of the World Bank’s successful drive to raise $49.3 billion in grants and low-interest credit for the poorest countries in the world.

As Minister of Finance in Nigeria, she spearheaded negotiations with the Paris Club of Creditors that led to the wiping out of $30 billion of Nigeria’s debt, including the outright cancellation of $18 billion. In her second term as Finance Minister, Dr Okonjo-Iweala was responsible for leading reform that enhanced transparency of government accounts and strengthened institutions against corruption, including the implementation of the GIFMS (Government Integrated Financial Management System), the IPPMS (Integrated Personnel and Payroll Management System), and the TSA (Treasury Single Accounts). 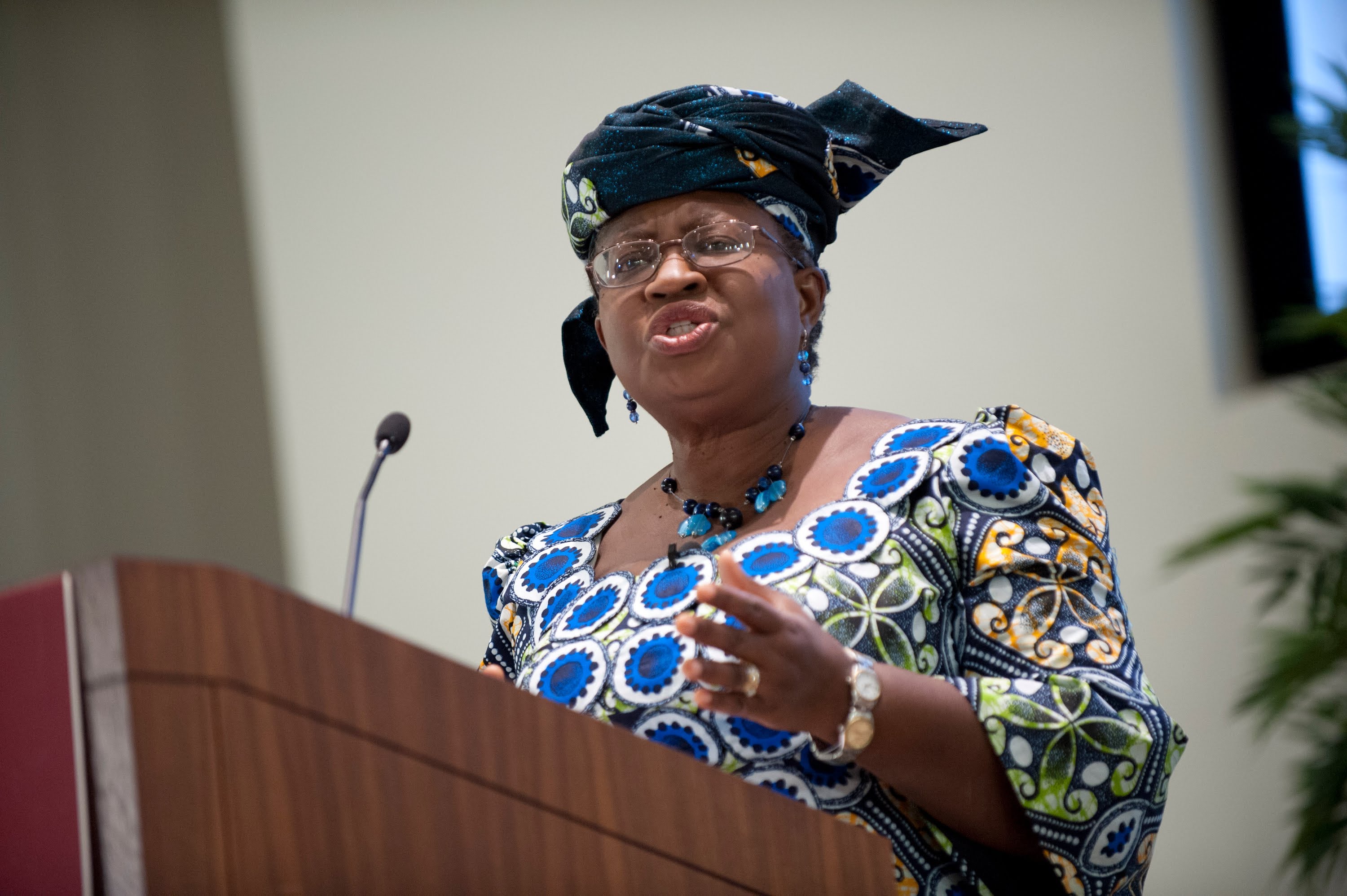 Dr Okonjo-Iweala is currently also Chair of the Board of the African Union’s African Risk Capacity (ARC), an innovative weather-based insurance mechanism for African countries; and co-Chair of the Global Commission on the Economy and Climate with Lord Nicholas Stern and Mr Paul Polman. She is also Chair of the Board of the Nelson Mandela Institution, an umbrella body for the African Institutes of Science and Technology, and Chair of the Board of the African University of Science and Technology, Abuja. Dr Okonjo-Iweala is a trustee of the Carnegie Endowment for International Peace. She presently serves on the following advisory boards or groups – the Asian Infrastructure Investment Bank, Harvard University International Advisory Board, the Oxford University Martin School Advisory Council, Mercy Corps International Advisory Board, Women’s World Banking Africa Advisory Board, the International Commission on Financing Global Education (Chaired by Gordon Brown), Japan International Cooperation Agency (JICA) Advisory Board, Tsinghua University Beijing – School of Public Policy and Management Global Advisory Board, the CARICOM (Caribbean) Commission on the Economy, the Bloomberg Task Force on Fiscal Policy for Health, and Tax Inspectors Without Borders of the OECD among others. She is a member of the B Team of Business and Civic Leaders co-founded by Sir Richard Branson, a board member of the Ellen Johnson Sirleaf Foundation, and also a board member of Lumos, an Africa focused renewable energy company.

Previously, she served as the co-Chair of the Global Partnership for Effective Development Cooperation with UK Secretary Justine Greening, and Chair of the World Bank’s Development Committee (2004). She was also a member of the International Monetary and Finance Committee of the IMF (2003-2006 and 2011-2015), the United Nations’ Secretary General’s High-Level Panel on the Post-2015 Development Agenda, the Danish-Government-led Commission on Africa, the World Economic Forum Global Leadership Council on Transparency and Corruption, and the Commission on World Growth (led by Nobel Prize winner Professor Michael Spence). She served for a decade on the Rockefeller Foundation Board, the One Campaign, and the World Economic Forum Young Global Leaders. Dr Okonjo-Iweala has also served on the advisory board of the Clinton Global Initiative, the ONE Foundation, the Global Development Network, and the University of Oxford’s Blavatnik School of Government.

Dr Okonjo-Iweala is the founder of Nigeria’s first-ever indigenous opinion-research organization, NOI-Polls. She also founded the Center for the Study of Economies of Africa (C-SEA), a development research think tank based in Abuja, Nigeria. Dr Okonjo-Iweala is a Distinguished Visiting Fellow at the Center for Global Development, and also at the Brookings Institution, premier Washington D.C. think tanks.

She is the author of numerous articles and several books, including Fighting Corruption is Dangerous: The Story Behind the Headlines (MIT Press, 2018), Reforming the UnReformable: Lessons from Nigeria, (MIT Press, 2012), Mobilizing Finance for Education in the Commonwealth (Commonwealth Education Report 2019), Shine a Light on the Gaps – an essay on financial inclusion for African Small Holder Farmers (Foreign Affairs, 2015), Funding the SDGs: Licit and Illicit Financial Flows from Developing Countries (Horizons Magazine, 2016), and The Debt Trap in Nigeria: Towards a Sustainable Debt Strategy (Africa World Press, 2003). She also co-authored with Tijan Sallah the book Chinua Achebe: Teacher of Light (Africa World Press, 2003).

She is married to Dr Ikemba Iweala, a neurosurgeon. They have four children and three grandchildren.