Francisca Nneka Okeke has proved herself as a pacesetter and an inspiration to this generation. She is clear evidence of hard work and dedication. Born in a period were female education seemed rare, Nneka stood out by becoming one of the leading Nigerian women in science who is paving the way for the younger generation.

She was born on the 14th of October 1956 in Onitsha, Anambra state, although she is an indigene of Idemili North local government in Anambra state.

Nneka had her university education at Nnsuka University, Nigeria where became a professor of physics. Her area of specialization is Ionosphere as she has conducted many types of research in this field.

Notably, she is known for studying the equatorial electrojet phenomenon. This phenomenon simply explains how a river of electric current that transverse the globe eastward around the dip equator causes the magnetic field at the dip equator to vary almost five times more than anywhere else on the planet.

She has also done thorough research on the effect of solar activity on the earth’s magnetic field and this could lead to more understanding of climate change and natural disasters such as earthquakes and tsunamis.

So far, she has supervised a total of 28 Master students and 12 PhD students which is a major accomplishment. 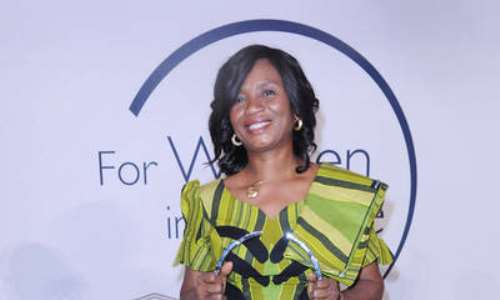 With her influence, she has fought for the active inclusion of women in sciences particularly the department of physics.  Due to this act, 3 female lecturers were added to the faculty.

This passionate act of hers has set her apart not just as a pacesetter. In 2011, she was inducted into the Nigerian Academy of Science alongside other brilliant minds such as Abba Gumel, a professor of mathematical biology.

In 2013, she was also awarded for her contributions to physics which may help us further our understanding of climate change; she was named “L’Oreal-UNESCO For Women in Science Awards Laureate for Africa.

Professor Francisca Nneka Okeke is a member of numerous professional bodies including the Nigerian Academy of Sciences, Japanese Society for Promotion of Science, Nigeria Institute of Physics, and Australian Society of Exploration Geophysicists, African Association of Women’s Society, International Astronomical Union and Science Association of Nigeria. She is truly an icon and an inspiration to many young people in this generation to strive for excellence.