THE phenomenon in question is a father, mentor, teacher, benefactor and I dare say (friend) former Attorney General and Minister of Justice of Federal Republic of Nigeria, a legal luminary par excellence and encyclopedia of knowledge. “A highly unusual fact or occurrence, a person or thing that is very successful or impressive” For over 20years now, I have had the privilege of working closely with this great institution and encyclopedia of a man who had taken many of us as his children with all sense of responsibility, legal discipline, care and concern. My relationship with him was such that whenever I went home, my late mother and siblings will always ask me, hope you have gone to see your father referring to Ofodile. On several innumerable occasions I appeared with him in court as his junior, after each court session, it was indeed apparent to all including the judges that he was an astute legal icon that had the uncanny ability to hold two contradictory views at the same time or to distort an opposing argument into a way favourable to him. Chike Ofodile Chike Ofodile To Ofodile, law was a science. He was indeed an oracle of law. His fife was law and the practice of law.

He dreamt law, he ate law, and he played law and talked law. Nothing excites him like any discussion of law, and forensic arguments. He was charismatic, charming, lively, debonair, suave, oratorical, creative, affable and absolutely urbane. Law was the air breathed and the food he ate. It was his way of life and he lived it to the full. He liked the variety of cases on every subject of law there ever was. He liked the pressure of work and companionship of minds as quick and alert as his own. Legal issue A particular Federal High Court judge; Okeke O.J told the story in the open court how as a young boy and student, he was always going to court just to witness how Ofodile presents his case. His admiration for him made him dream of becoming a lawyer.

From my close observation of him whenever you want to draw his attention or distract his attention from an issue, just bring up legal issue and he is profoundly listening to you against any other subject or issues at stake. To that effect I must now confess that at anytime I had any short-coming with him in what I ought to do which I have not done, I cleverly gave excuses with some legal engagements and law related matters, and he is suddenly interested in knowing what the matter is all about, and your sins are forgiven if your excuses are legal issues. He has legal genius and he has had a laudable mission to make the law accord with justice. He actually made me realize that “to be humble to one’s superior is duty; to one’s equals courtesy; to one’s inferiors, nobility”. I vividly recall a chat I once had with Late Professor Okay Achike (JSC) as he then was, of blessed memory, then a serving Supreme Court Judge, when he told me about his experience with Ofodile. Recalling how when he decided to venture out of teaching law to acquire experience of law practice, he chose to understudy Ofodile. 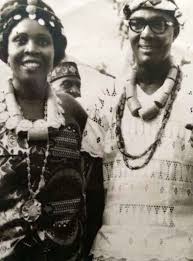 That on his first appearance accompanying Ofodile to court, he sought to carry his briefcase and Ofodile politely declined his assistance, choosing rather to treat him as equals. She then passed the phone to him; the sage was concerned about my welfare and the need to check on me. It was indeed most gratifying as usual. As all Ofodile’s children and we are many what he did for one he did for all. So when qn the following Sunday I received another call from Nneka that our papa had just passed on, I had no doubt that choirs of angels will beacon him to the bosom of the Lord. Re-echoing the words of Thompson, Francis, (SJ, d. 1907): Does the fish soar to find the ocean, or the eagle plunge to find the air – That we ask of the stars in motion, if they have rumours of thee there?” His was an exemplary life worthy of emulation, a hero in the real sense of the word. As the Onowu of Onitsha kingdom (the source of the great river) the words in the Holy Scriptures Job 14:11-12 comes to mind. “Like rivers that stop running and lakes that go dry, people die, never to rise. They will never wake up 1ike the sky endures; they will never stir from their sleep”. And like Socrates (d. 399 Be) will say “Death is either annihilation or migration of the soul elsewhere”. The Law reports from the 1960s to date are replete with Ofodile’s inputs ranging from the decisions of the Privy Council, to West African Court of Appeal, and to the present Supreme Court. He left indelible prints in each life he touched. Although in his 90’s his mind was never saddled by age. His people will miss his words of wisdom, grace and candour. The legal profession and humanity has indeed lost a rare gem.

Chief Chike Francis Ofodile
was born 92 years ago in Onitsha. His father, Ofodile Ezeugo was the son of Umu Obi Udogwu royal family of Ogbeozala village, Onitsha and his mother, Umenebe, was a daughter of the Olisa Ojiede family of Odojele village, Onitsha.

Frank Ike Chude Esq., is a Legal Practitioner in Abuja