The Onitsha killings and other matters : Obiano’s Position.

IT is wrong, if not totally strange, for anybody to contemplate, much less say that Governor Willie Obiano of Anambra State instigated the shooting of Biafran agitators who were jubilating over the reported release of Nnamdi Kanu, the IPOB leader and Director of Radio Biafra. 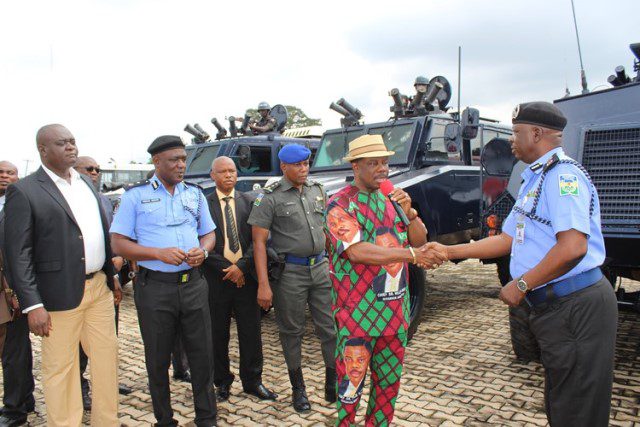 Those who peddle this rumour and circulate gory pictures of the victims of the alleged killing on the Internet must be ignorant of Obiano’s pedigree. But if they are not, it simply means the idea is to misrepresent the man and cause him, if possible, some political harm.

Otherwise, from the inception of his government, the Governor has never treated life with scorn. Rather he has demonstrated a great deal of humanity and fellow-feeling.

His provenance – at best – has been humane. It is therefore ill-advised trying to portray the man as callous and making him a fall guy on account of the unfortunate development. Political differences and or personal considerations should not be allowed to becloud our vision of a great state. Truth must be sacrosanct at all times and shouldn’t be compromised.

If Governor Obiano was not a brute when he started out, temporary aban- doning state duties to personally help accident victims like the one that hap- pened at UNIZIK temporary site, it is difficult, if not impossible, for him to turn a monster overnight.

If Governor Obiano was one of the earliest sympathizers at the scene of a tanker fire accident not long ago at the Upper Iweka- Bridgehead, he certainly will not instigate violent death of another.

If Governor Obiano promptly visited the scene of the terrible accident at Agu Awka that nearly wiped out an entire family and had since undertaken personal responsibility for the up- keep of the survivor(s), he would be ill at ease to consent to use of force against jubilant protesters.

If Governor Obiano nearly broke into tears when Umuchu – a bucolic town in Aguata Local Government Area of the state – had the misfortune to witness a truck accident which involved cultural displayers, he would be squeamish to harbor the thought of the use force against his people.

If Governor Obiano shelved Executive Council Meeting to witness the midnight fire that engulfed Ochanja market not long ago, he cannot con- template violence as a remedy to the protest.

If Governor Obiano committed scarce state resources even with outstanding debt owed the state by the federal government to ensure that Enugu- Onitsha expressway which was almost halved by erosion at Nkpor was salvaged, it is difficult to think him in the manner detractors want the world to see him.

If he also made similar intervention at Okija on Onitsha-Owerri road – in time- to save motorists some discommodity, ndi Anambra need to be convinced beyond the social media din that he is indeed a handful.

If Governor Obiano showed early in his government an obvious distaste for violence and criminality and has since followed up with equipping the police and other security operatives, any allegation of his complicity in encouraging violence is suspect.

If Governor Obiano is totally averse to anything Biafra he would not have organized a symbolic burial for the re- pose of the souls of those who died in the unfortunate war early this year.

If Governor Obiano has been careless with human life perhaps he and his wife won’t be spending as much time and resources taking care of the dregs of the society at Nteje.

Truth is that Governor Obiano has demonstrated unflagging consideration for human life through his actions and words and cannot encourage violence in any form. It is difficult to tell what political mileage, if any, the peddlers of the vicious rumour intend to achieve.

Nobody, including his maligners, needs any crystal ball to determine an object which transparency is stark. An unfaithful wife, it is said, can easily be determined by the bold and flirtatious looks in her eyes. If the man harbours any feeling of bloodlust he would have betrayed it long before now.

One thing those who peddle this rumour should know is that Onitsha (as the emporium of commerce in West Africa) has attained certain cosmopolitanism that predisposes it to some fractiousness. Things should be re-viewed in context.

Onitsha has a history. It is common knowledge to even those who condemn the governor on the Internet that robbery and kidnap which his government successfully nipped were more pronounced in the same town.

It is unthinkable, therefore, that the same governor who labored that much to keep the town peaceful will encourage its violation. Must death, resulting from poor sense of judgment by our security operatives, be blamed on the governor? And if it must not, why is it difficult to apportion the blame rightly?

Did not the Obiano government, in the spirit of preservation of life, secure Onitsha and the entire state? How can he encourage the killing of the defeneless youth in whom his government, more than any before it, has invested so much in order to take them off the street?

If Obiano’s government did not start off recklessly, there is no reason to do so now. There must be communication gap because a lamb does not beget a wolf. These times call for greater circumspection and less rashness, and for everybody to strive to gain insightful knowledge about issues before commenting.

It will help minimize hate campaign and constrict less the democratic space. Obiano is humane. He is also conscientious. He cannot compromise his people.

Church where Oba of Benin is General Overseer