Students Of Queens of Rosary College, Onitsha Emerge Winners At The University Of Delaware’s Global Prize Award in USA

Seven students from Queen of the Rosary College, Onitsha, have defeated over five thousand other teams from around the world to win the Global Prize Award at the just concluded Diamond Challenge Global Summit.

The students, led by their mentors, pitched their project, an app they called “Queens Foris Labs”, which is a virtual learning space that allows students to conduct science experiments and understand science concepts better. 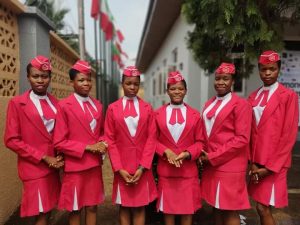 The team won a $1500 cash prize including other prizes, further mentorship for the students among other opportunities. Dyslexia Genius, a China-USA team came second. The announcement was made at the Diamond Challenge Award’s ceremony, which culminated the weeklong Diamond Challenge Global Summit from 11th to 16th of April, 2021 and had various national teams battling it out on the global stage while also receiving entrepreneurship trainings from renowned entrepreneurs. 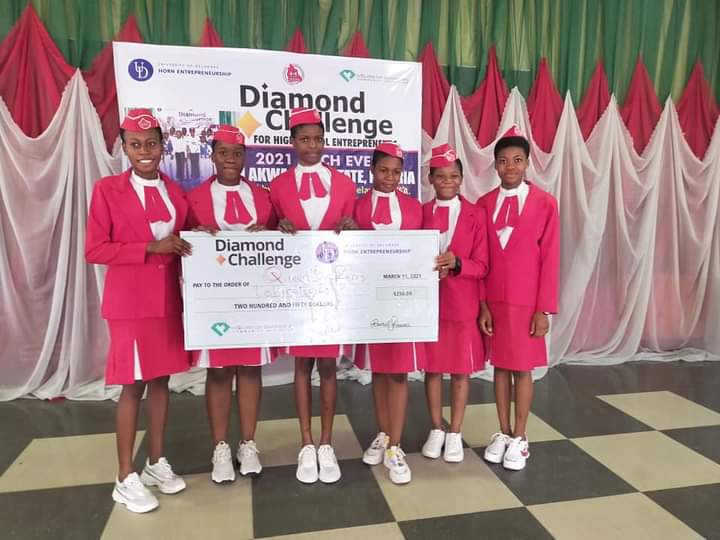 Queen of the Rosary College, Onitsha, had on March 11, 2021 at Senator Albert Bassey Hall, Uyo, came first place, beating 9 other teams from various states in Nigeria at the National competition qualified to represent Nigeria in the Global semifinals. 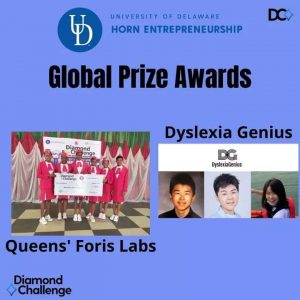 It is important to note that this same team were the National champions of the Beyond School Community Challenge 2020 sponsored by the US Embassy and organized by the Mandela Washington Fellowship Alumni Association Nigeria, MWFAAN.