Past Senate Presidents In Nigeria (Pictures)

1. Nnamdi Azikiwe, 1960, (NCNC): Nnamdi Azikiwe was born on Nov. 16, 1904, of Ibo parents in Zungeru, Northern Nigeria, where his father worked as a clerk in the Nigerian Regiment. His parents gave him the name Benjamin. He attended school in Onitsha, Lagos, and Calabar.
Not recognized by some as the first senate president, because he held more than one post at the time, but that doesn’t change the fact that he was.
In the Nigerian-Biafran civil war, May 1967-January 1970, Azikiwe at first reluctantly supported Biafra, but in August 1969 came out against Biafran secession and in favor of a united Nigeria. He retired from politics in 1986 and died in eastern Nigeria on May 11, 1996, following a long illness.

2.Dennis Osadebay,1960-1963, (NCNC): He was born on June 29,1911 in Asaba, Delta State, to parents of mixed cultural background.He was a Nigerian politician, poet, journalist and former premier of the now defunct Mid-Western Region of Nigeria, He attended Asaba Government School at Asaba, the Sacred Heart School in Calabar and Hope Waddell Training Institute.He subsequently went to England to study Law during the 1940s. Officially recognized as the second senate president by Wikipedia and died on December 26,1994.

3.Nwafor Orizu, 1963–1966 (NCNC): he was a Nigerian of Igbo origin, Orizu was born in 1915 into the royal house of Nnewi, Anambra State in southeast Nigeria. He went to the United States in 1939, earning a degree in government at Ohio State University and earning an M.A. at Columbia University.Orizu was also Acting President of Nigeria from late 1965 until the military coup of January 1966. He died in 1999.

4. Joseph Wayas ,1979–1983, (NPN) : he was born in Basang, Obudu, Cross River State on 21 May 1941 and attended the Dennis Memorial Grammar School, Onitsha. He went to the United Kingdom where he studied at the Higher Tottenham Technical College, London, the West Bronwich College of Commerce, Science and Technology, Birmingham and Aston University, Birmingham. Currently alive and kicking  .A strong believer of Federalism, He later joined the People’s Democratic Party in 2001 at the urging of Cross River governor Donald Duke.

5.Iyorchia Ayu ,1992–1993, (SDP) : he was Born November 15, 1952 , in Gboko in Benue State,He taught sociology in the University of Jos, including courses on the art and science of Marxism, and was the Chairman of the Jos University chapter of Academic Staff Union of Universities (ASUU).
After becoming senate president, In November 1993, the senate impeached Ayu, who was a strong opponent of the Interim National Government established after the elected president Moshood Kashimawo Olawale Abiola had been prevented from taking office. However, he later became the Minister for Education in General Sani Abacha’s military government.

6. Ameh Ebute, 1993, (SDP): Born May 16, 1946, Benue State, is a Nigerian lawyer and politician. He was the President of the Nigerian Senate during the end of the third republic. 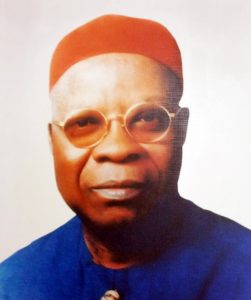 7.Evan Enwerem,1999, (PDP): He was born in Ikeduru, Imo State, Nigeria, on October 29, 1935. He obtained his bachelor’s degree from the University of Southampton in the United Kingdom.He was elected governor of Imo State in 1991 during the failed Third Republic era of Nigerian government.

Enwerem beat his chief rival, Senator Chuba Okadigbo, for the Senate presidency on June 3, 1999. Former Nigerian President Olusegun Obasanjo backed Enwerem for President of the Senate against Okadigbo. With the support of the Obasanjo’s allies in the governing parties, plus support from two Nigerian opposition parties, Enwerem easily defeated Okadigbo.
However,Enwerem did not hold the post of President of the Nigerian Senate for very long. A Nigerian Senate committee began investigating Enwerem for allegations of corruption in 1999. The allegations against Enwerem alleged that he falsified his name, and caused a controversy as to whether Enwerem’s actual real name was Evan or Evans.[1] Enwerem was removed from office on November 18, 1999, in an ouster spearheaded by allies of Chuba Okadigbo. However, though removed as President of the Senate, Enwerem remained a member of the Senate until 2003. 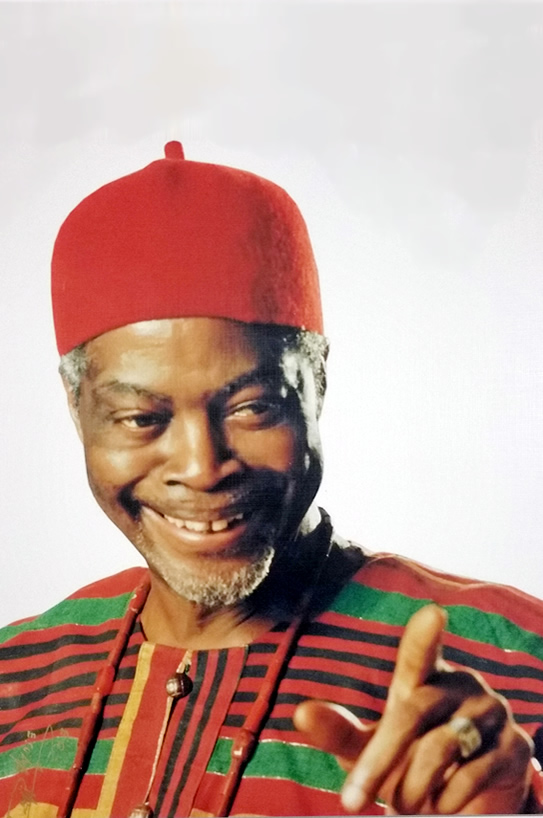 8.Chuba Okadigbo ,1999–2000, (PDP) : Okadigbo was born in December 17, 1941 in Ogbunike, Oyi, Anambra . Enwerem’s rival and successor as President of the Senate, was in turn removed from office on August 8, 2000. Following Okadigbo’s 2000 ouster, Enwerem briefly expressed interest in again assuming the presidency of the Senate He was .Okadigbo eventually died in Abuja due to breathing problem,on September 25, 2003.

In June 2002, an attempt led by Anyim to impeach President Olusegun Obasanjo collapsed.Speaking a year later, Anyim said President Olusegun Obasanjo misunderstood him on certain issues but there was no conflict between them. In August 2002 he said he was opposed to all the present office holders – including himself – going for a second term.Anyim did not seek reelection in 2003, knowing fully well that under Obasanjo’s watch, he would lose and lose his deposit in the process. 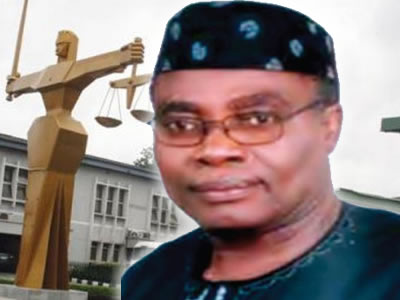 10. Adolphus Wabara, 2003–2005, (PDP) : he was Born in 1948 in Abia, Nigeria. And obtained a master’s degree from Kiev State University.
In April 2005 Wabara resigned from his position after allegations were made that he and others took a $400,000 bribe from the education minister, Fabian Osuji. 12. David Mark, 2007-2015, (PDP): he wasApril 1948 in Zungeru, Niger State .He attended St. Francis Catholic Practicing School before attending the Nigerian Military School then he attended the Nigerian Defence Academy . He was commissioned as a 2nd Lieutenant in 1970 and became a Captain in 1971. He was Commandant of Static Communications in 1974, then later held a political post as Chairman Abandoned Properties Implementation Committee in the Eastern region in 1976.
Prior to his senatorial career, Mark was a military governor of Niger State, and a former Minister of Communication.

After his re-election in the 2015 general elections, Saraki was on 9 June 2015 elected unopposed as President of the Senate by an across the party alliance comprising PDP and APC Senators. Saraki had faced stiff opposition from Senator Ahmed Ibrahim Lawan who was a preferred candidate by a group of senators-elect within the APC. His deputy, Senator Ike Ekweremadu, emerged after a tightly contested election using a forged senate standing order.
The Code of Conduct Bureau cited a 13-count charge of corruption against Mr. Saraki.Saraki is accused of offences ranging from anticipatory declaration of assets to making false declaration of assets in forms Saraki had filed with the Code of Conduct Bureau while he was governor of Kwara state. He was also accused of failing to declare some assets he acquired while in office as governor, acquiring assets beyond his legitimate earnings, and accused of operating foreign accounts while being a public officer.
Bukola Saraki became the first senate president in Nigeria to be issued with arrest warrants.