The aspiration of every politician over time is be able to keep climbing up the ladder of political influence and positions, and that quest is a fire that can never be extinguished , because it directly aligns to man’s nature, of always wanting more, just like in the case of Oliver twist. But in truth, lets be realistic, power is truly intoxicating

and it is expected to see how someone that may never have been interested in politics, after very massive persuasion from people may decide to get involved, but to the surprise of many people , after the first tenure, will indicate interest for another one and go all the way.

The chief media aide of Yemi Osinbajo, Laolu Akande, the Vice President, has clarified that the VP is no longer a member of the All Progressives Congress, APC in Lagos state. This comes as a new development even if they said he made this move since 2021. 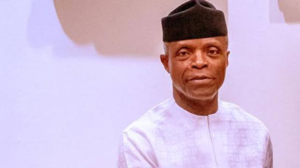 Yemi Osinbajo was a chieftain of the Lagos APC and his  polling unit at Code 33, Unit 2 Victoria Garden City, Lagos. However, his media aide  on the 11th, of April , 2022 informed journalists that the Vice-President had moved his membership to Ogun State when he revalidated his APC Membership status in Ward One, Ikenne, Ogun State on February 9th, 2021. The reactions gathered from his declaration to run for the position of president has led to so many mixed feelings , however the Inlandtown news team will give you updates as it further unfolds.

This Is Beyond What I Can Express, Says...

Glo Draws Another House In Ibadan In Festival...

Reps Call On FG To Shut Down Schools...

There Will Be No Room For Manipulation, Says...