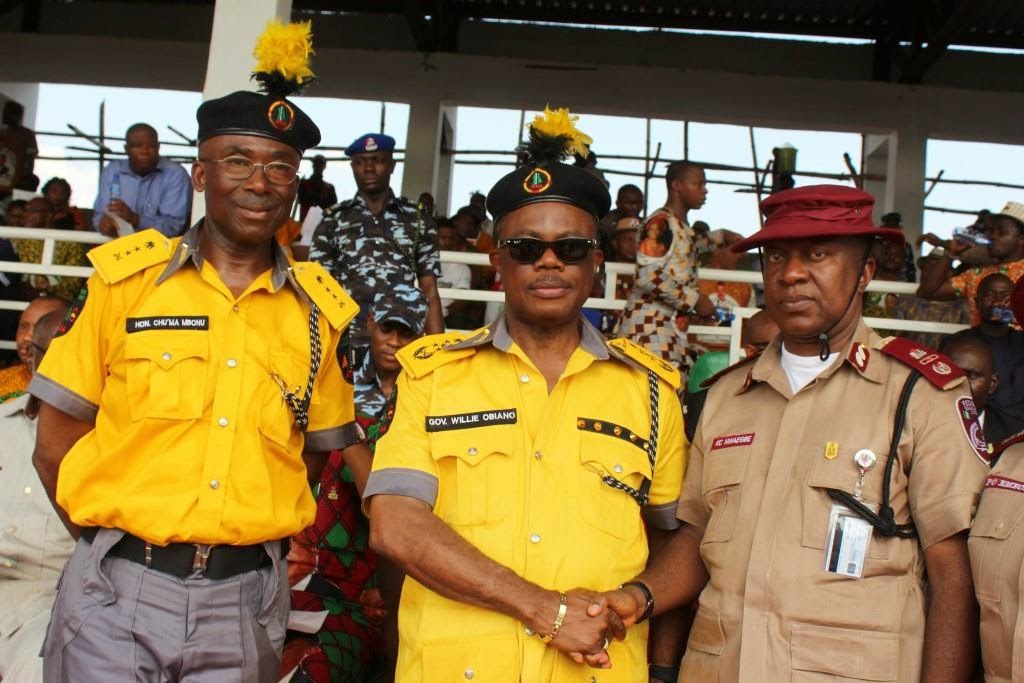 The administration of Governor Willie Obiano in Anambra State at inception gave each of its ministries a point of departure upon which they would leverage on.

Chief of this is the state ministry of transport which before now has been one of the sick babies of the state in the area of governance.

Against this back drop, the transport ministry took a bold step poised at reviving and repositioning itself for optimal results.

Apparently aware of the transport challenges in the state, government teed off with a transport scheme for civil

This gave birth to the launching of a mass transit scheme by Governor Willie Obiano that has, to a large extent, subsidised the cost of transportation on the part of civil servants and members of the public. 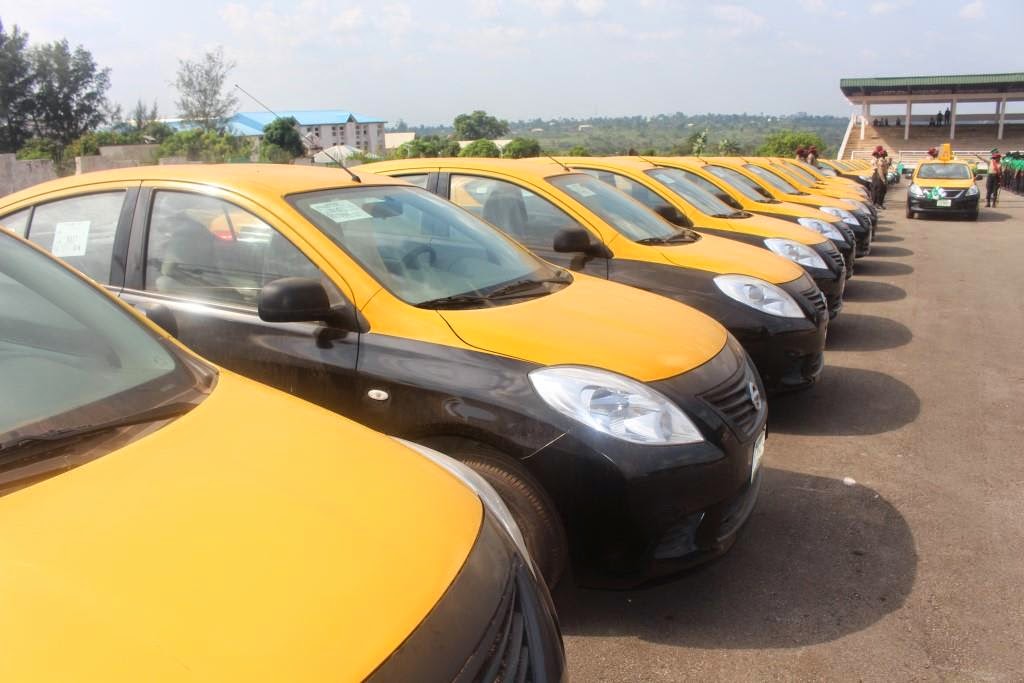 Similarly, the government embarked on the training of Vehicle Inspection Officers (VIO). The governor at the occasion informed that the training was part of the state government’s efforts to save lives and to ensure the efficiency of the officers in the discharge of their duties.

While expressing his government’s readiness to give the state’s highways a face lift free from accidents, Obiano said his administration is interested in the resuscitation of the operations of the VIOs in Anambra state which, he noted, was non-functional since the retirement of the last VIO Officer in June 2013.

Also speaking at the flag off, the state Commissioner for transport, Engr. Ifeanyi Ejikeme said two companies – Oliswarren Associates and Philips Smith Security Limited – would be conducting the training of the newly recruited VIO officers as directed by the Ministry of Transport. 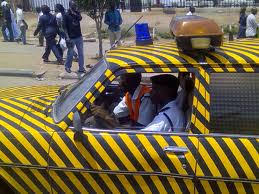 Following the success story of the activities of VIOs across the country, the state government flagged off the Anambra Traffic Management Agency (ATMA), the Ocha Brigade and the City Cab Scheme (CCS).

Speaking at the event, Governor Obiano said ATMA has been re-engineered, restructured and charged with the administration, control and management of road traffic matters with additional 200 ATMA officers well trained at the highly internationally recognised FRSC Academy at Udi, Enugu state.

The modus operandi of the Agency will be to ease traffic congestion, direct traffic and enhance a sustainable, transportation system in Anambra. the governor said.

While tasking them on efficiency in the discharge of duty, he urged them to bring determination, zeal and energy to bear into their new assigned responsibilities. 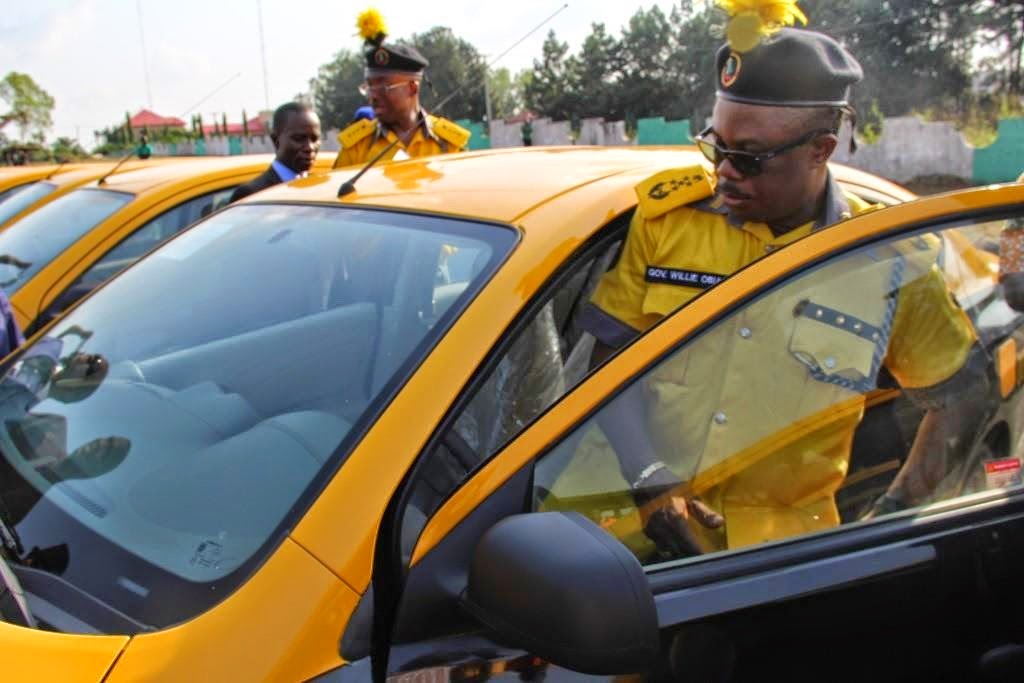 In a brief ceremony Gov Obiano gave the new officers their certificates and awarded deserving officers who distinguished themselves in the course of training with executive gift items.

The Assistant Corps Marshal of the Federal Road Safety Corps, Kingsley Nwegbe, assured the Governor that the cadets have received the best of training and are thoroughly prepared to effectively function as traffic managers.

The State Commissioner for Transport, Ifeanyi Ejikeme was also of the opinion that the new officers opened a new vista of vitality to the operations of traffic management.

While commissioning the City Cab Scheme the Governor revealed that the scheme was set up to empower the youths to own their own cars through hire-purchase, enhance a cleaner and modern transport system in Anambra State and increase internally generated revenue.

Also benefiting from the revolution in the transport sector were the drivers who were subjected to improvement test.

According to the Public Relation Officer of the Ministry, Mr. Stanley Onunkwo, “the Vehicle Test is aimed at ensuring that all public, private and commercial transit vehicles are roadworthy, conform to road safety standard requirements, update drivers on traffic rules and regulations as well as make professional drivers competent enough to face traffic challenges on roads.

“The exercise is also targeted at educating drivers on maintenance culture of their vehicles for optimum performance and certificates will be given to drivers who passed the test.”

Daily Times gathered that the vehicle test is in line with Governor Obiano’s passion and emphases on road safety which made his administration to work towards improving good road network and road furniture in order to make Anambra state roads safer and better.

Speaking at the registration centre, Engr. Ifeanyi Ejikeme told the operators that Anambra State Government has no intention to scrape motorcycle transportation in the state, but warned them to stay off the restricted routes.

“All the Okada/Keke Operators present for the registration will be registered irrespective of the fact that some of them have fake plate numbers and licenses,” Ejikeme said and enjoined them to meet the motor License Authority (MLA) at the registration centre to obtain information on how to procure genuine license for their bikes and tricycles.

The Transport Minister further informed them that the registration is divided into three Senatorial Districts with Awka district comprising Awka and its environs.

“Each district has its own vest coloured for identification, Awka and its environs can be identify with orange colour and each vest has the code numbers of every registered operators written boldly on it.