Monday motivation: Louis Mbanefo: the first recorded lawyer from the East of Nigeria.

Louis Nwachukwu Mbanefo was born in Onitsha, Eastern Nigeria on the 13th of May 1911. He had his education at The Methodist Boys High School in Lagos and subsequently at the prestigious Kings College, also in Lagos State. It was modelled on Eton and Harrow Colleges and where he was a keen Cricketer and Footballer. These took place between the years 1925-1932.

He returned home to Nigeria and set up practice in his hometown of Onitsha and is on record as the first Lawyer from the East of Nigeria. 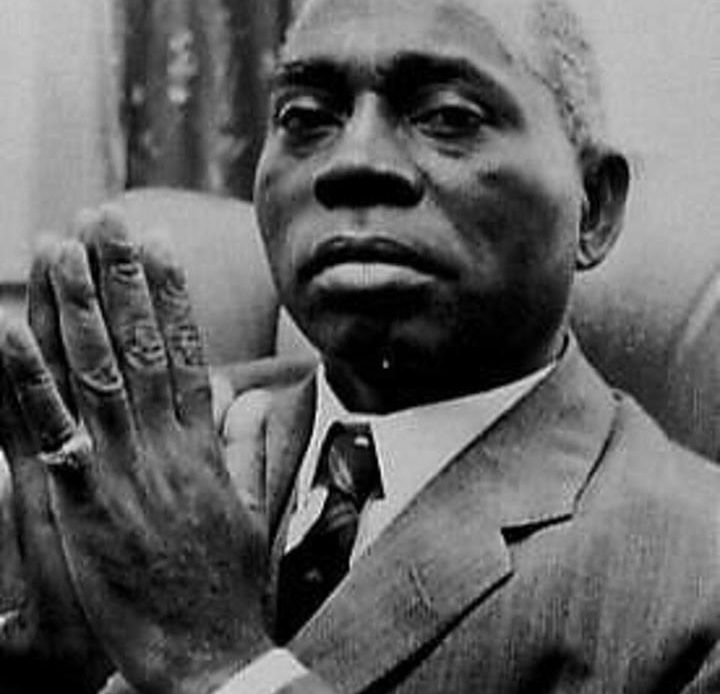 He delved into politics and was elected into the Eastern Region Parliament in 1950. There, he distinguished himself as an excellent Orator and Lawmaker.

However, the pull of the Legal profession was such that he returned after 2 years, but this time to the Bench as a Justice of the Supreme Court of Nigeria in 1952, with his first posting being to Warri in the Mid-West of Nigeria, where he sat as resident Judge.

In 1961, he received a Knighthood from the Queen and assumed the title which he proudly answered till his death- Sir Louis Mbanefo.

Upon the outbreak of the Nigerian Civil War, he was appointed the Chief Justice of Biafra and Ambassador Plenipotentiary.

He was actively involved in the Peace talks with the Nigerian Government and worked actively towards a diplomatic resolution of the Crisis. He remained in Biafra till the very end.

He dedicated his later years to Charity and Church work, serving variously as President of the Christian Council of Nigeria, Chancellor of the Niger Diocese- a position he had held since 1946, President of the Anglican Consultative Council from 1972 and a Fellow of the University of London.

Sir Louis passed on in the year 1977.  He was a towering intellectual whose contribution to International Law via the South-Western African cases showed that his professional intellect was at par with the best in the world.

Trump hires new lawyers to defend him in impeachment.