JAMB problem is regulatory, not legislative!

I will like to commend the Senate for taking interest in some of the problems plaguing the education sector, especially those relating to the process of admission into tertiary institutions. But it should be clear that the problems are more fundamental than duration of valid­ity of the UTME scores. I will also like to assert that the problems plaguing the admission process are partially carried over from a bastardized secondary school system and a poorly regulated admissions process orchestrated by the Joint Admissions and Matriculations Board.

The carryover from the secondary school includes unguid­ed and disillusioned students tutored by poorly trained and poorly motivated teachers and ultimately, ignorant secondary school graduates. The result is the entrenchment of exami­nation malpractice as the most effective means of passing ex­aminations. Undeniably, this is the background of most of the candidates involved in the selection process for admission into the nation’s tertiary institutions. By 2005, unprecedented examination malpractice had so eroded the reliability of the UTME that it precipitated the introduction of the Post-UME amid loud protest from JAMB.

Presently, a good performance in the UTME alone does not guarantee admission into the tertiary institutions. An ac­ceptable performance in the Post-UTME is required to secure admission into the universities. On the basis of the reality on ground, the Senate proposal for an extension of the valid­ity period of the UTME seems impracticable! An extension of the validity period for the UTME cannot include the Post- UTME which is not conducted by JAMB. 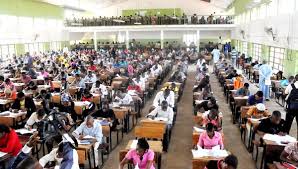 Assuming that the recommendation to extend the validity period could even be implemented by some ingenious means, it is my humble opinion that it will only perpetuate the candi­date in a disadvantaged position as it will remove any further incentive to improve on their performance. Observations in the past have shown that cut-off marks for admission into specific departments have been increasing gradually over the years. The implication is that a performance that is good for admission this year will most likely be inadequate the next and subsequent years!

Ultimately, I do not believe that extending the period of va­lidity of the UTME will improve the chances of admission of the candidate into a university or programme of his choice. But if the candidate finally secures admission either by hook or crook, his or her ability to cope with the rigours of academ­ic work will be questionable after three years of rusting on the shelf.

So what are the possible solutions to this yearly “appoint­ment” with JAMB which some have faithfully kept for up to ten years? How do we reduce the large number of candidates that patronize the UTME every year? The first is to ensure that only those who are qualified for the exercise participate in the first place. The nominal qualification for admission to most departments in the Nigerian university system is a credit pass in five subjects in the Senior School Certificate Ex­amination, including English and Mathematics. 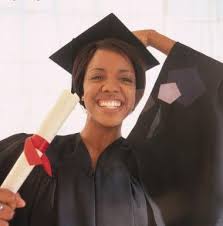 Unfortunately, JAMB conducts the UTME examination every year even before the candidates sit for the SSCE exami­nation. Common sense would demand that the results of the SSCE should be released before UTME is conducted so as to eliminate those who are not qualified. This would greatly reduce the number of those writing the examination and en­hance quality of the examination.

Many students who lack the minimum qualification have succumbed to the temptation of procuring fake SSCE results in order to secure admission offered on the basis of their performance in the UTME and Post-UTME. Many such students have been permanently scarred when their crimes were finally uncovered and their careers cut short by their subsequent rustication.

Absence of effective academic counselling and inordi­nate ambitions of parents and guardians have pushed can­didates to select courses for which they are not adequately prepared. This is an important factor in the inability of many candidates to secure admission into any institution for many years. The remedy for this widespread problem is to allow candidates to select another (second choice) course in the first choice institution that should enhance the op­portunity for admission.

There is no substitute to hard work and adequate prepa­ration as the means of achieving success in any examina­tion. Parents and guardians should ensure that their wards are adequately prepared for the selection examination rather than subscribing to examination malpractice.

Ultimately, the problems being experienced by Nigerian tertiary institutions may boil down to inadequate prepara­tion and poor regulation of critical aspects of the admis­sion process. Strengthening the regulatory mechanisms may be all that is required to take care of the prevailing problems.