A member of the House of Representatives, Hon. Obinna Chidoka has hailed the judgement of the Enugu Division of the Court of Appeal upholding his election as the lawmaker representing Idemili North/Idemili South Federal Constituency of Anambra state.

The Anambra State National Assembly and House of Assembly Election Petition Tribunal, sitting at Awka, in October, 2015 had dismissed the petition filed by the candidate of the All Progressives Grand Alliance, Mr Ifeanyi Ibezi, for lack of merit. The Appeal Court, last Thursday, had upheld the judgement. 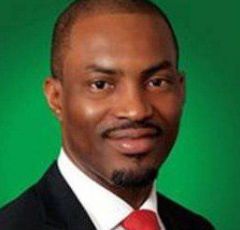 Chidoka, in a statement, described his victory as a victory for his party, the Peoples Democratic Party, for democracy and the rule of law.

“The road has been challenging, but the events have been encouraging and our faith has not been misplaced. Now that the superior Court of the land has confirmed the verdict of our people, my brother Ifeanyi Ibezi and the leadership of APGA should join hands with us to move Idemili forward. We should co-operate and move away from innuendoes. We must join hands to develop Idemili and bring the dividends of democracy to Ndi Idemili,” he said.

Maduekwe Says That Not Conducting Primaries Will Haunt PDP In Anambra