The endorsement was done at an event hosted by Hon. Ibida in his Nimo home in honor of Prof. Soludo, as he continues his consultation meeting with stakeholders. 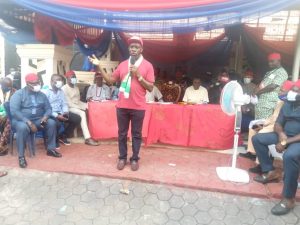 In his remark at the event, the Anambra State Chairman of the party, Sir Nobert Obi, on behalf of APGA family thanked Professor Soludo for being a committed party faithful as well as his support for the growth of the party.

The member representing Anambra East and West Federal Constituency, Honourable Chinedu Obidigwe, who described Professor Soludo as an eminent personality that can represent APGA in any contest, noted that Professor Soludo has continued to contribute to the growth of the party in the State and the nation at large.

For the host, Hon Ibida, the choice of Soludo was because of his proven integrity and to sustain and surpass the developmental strides Governor Willie Obiano has achieved in the State.

One of the people who decamped from the People’s Democratic Party, Mr Emmanuel Nkwonta, said his decision to join APGA was due to people-oriented policies of the party, promising to mobilize support to ensure the growth of the party. 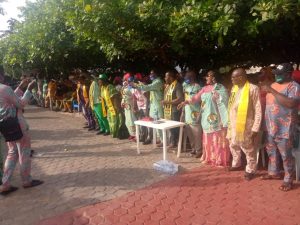 Ekiti election violence perpetrators to be charged with murder