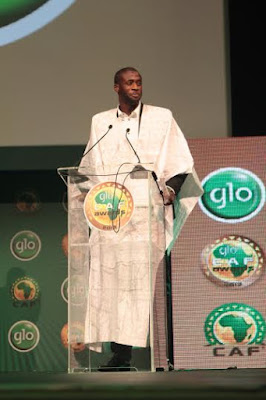 Will Yaya Toure set a new record as African Player of the Year for the 5th time? Or will Pierre-Emerick Aubameyang of Gabon /Borrussia Dortmund of Germany and Andrew Ayew of Ghana/ Swansea City FC. Tomorrow at the prestigious International Conference centre in Abuja, we will find out.

The top acts expected to entertain guests at the event include the legendary Salif Keita, AKA the “Golden Voice of Africa”,Ladysmith Black Mambazo, a South African male chorale group Awilo Longomba, the makossa icon, Nouvelle Generation, Charles Nii Armah Mensah Jnr popularly known by his stage name Shatta Wale, a Ghanaian born producer and reggae-dancehall musician. Ahmed Soultan, a Moroccan singer artist, considered as one of the leaders of the “Nayda” and Sammie Leigh Bush Jr. known professionally by the mononym Sammie, an American R&B singer best known for his hit, “I Like It”. 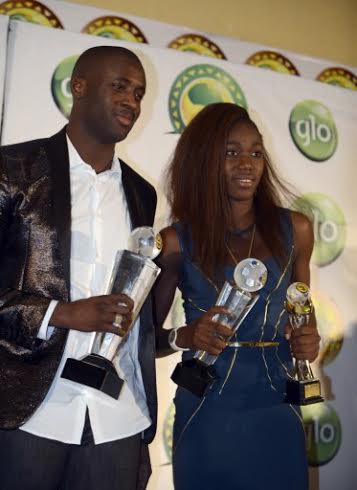 Some of the biggest stars in Nigeria have been lined up to also light up the evening. They Dbanj,  Mavin records’ prince and princess, Korede Bello and Hadiza Blell popularly known as Di’ja, alternative soul singer,Bez Idakula Omawumi,  Ego ‘sweet voice’ Ogbaro and master guitarist and legendary King of Juju Music, Sunny Ade. 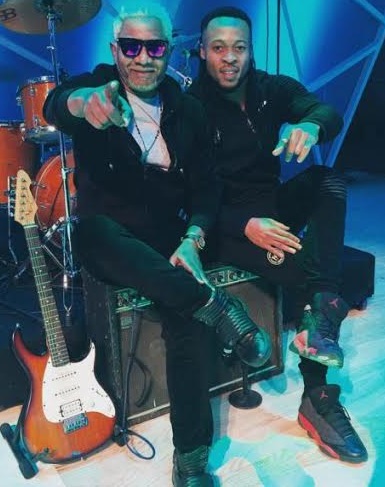 Already the excitement has been building up for a few days with the arrival of stars like Aubemeyang, Awilo, Salif Keita, King Sunny Ade, DBanj and many more. The event will be hosted by Ghanaian actress Juliet Ibrahim and South African sports journalist, Robert Marawa.

The event sponsor and next generation network, Globacm, said arrangements had been concluded for television stations such as African Independent Television (AIT), Supersports, Canal 2 and Sport 5 to broadcast the awards live from the venue, the International Conference Centre in Abuja.

Thousands Of Nigerians Jobless As VISAFONE Closes Business In Nigeria

BBN: Housemate Nengi Reveals Why She Ward Off...