A baby girl and boy arrived one minute before and two minutes after the new year at a San Diego hospital. 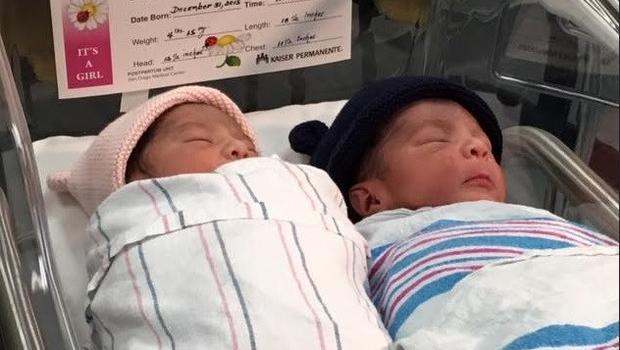 The twins were born to mother Maribel, 22, and her husband, Luis Valencia.

Both infants were happy and healthy as was their mother following her delivery, a Kaiser spokeswoman said.

Maribel works as a cashier at San Diego International Airport, while husband Luis is a Navy diesel mechanic. The couple has another daughter, Isabella, age 3.

Why Kanu apologised to Buhari, others –Lawyer