Chief Patrick Ifeanyi Ubah, the Chairman of Capital Oil and Gas Services Ltd., has expressed his deeply felt condolences to the people and government of Anambra State over the Christmas Eve fire disaster which claimed the lives of several persons in Nnewi – his home town.

At least eight residents of the industrial town of Nnewi, in Anambra State, were reportedly burnt to death in a raging fire when a gas plant, owned by Inter Corp Oil Limited, a member of the Chikason Group, exploded, spreading death and destruction through the town. 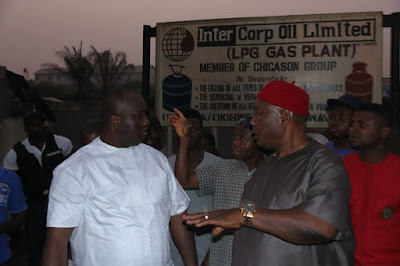 “It is with deep shock that we received the news of the explosion and ensuring fire that rocked Chikason Gas plant in Nnewi on the 24th of December, 2015, leading to the loss of valuable lives as the people of Nnewi were already in celebratory mood over the ofala festival and 90th birthday of Igwe Kenneth Orizu 111 – Igwe Nnewi. 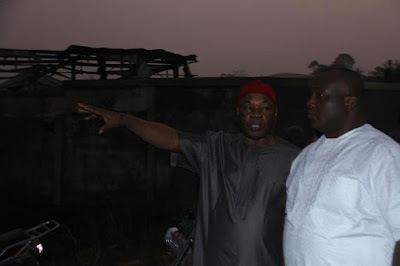 The tragic news and consequent loss of lives has filled our hearts with profound grief and regret. “In this time of bereft, we wish to offer our sincere commiseration to the families of those lost at this unfortunate incident. Words may not suffice to express the heartfelt sympathy that we feel for the untimely loss of your beloved ones, but please accept our deepest condolences for the immeasurable and irreparable loss.
“I was in deep shock when I heard the news of the tragic incident and I had tears in my eyes.
These people who perished are my people. It is heart-breaking,” said Chief Ubah, who is himself a prominent son of Nnewi.
He prayed to God to grant eternal peace to all the dead and to give the bereaved families the fortitude to bear the painful loss of their loved ones. 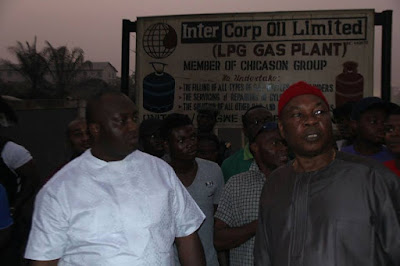 President Muhammadu Buhari, Anambra State Governor Willie Obiano, the traditional ruler of Nnewi, Igwe Kenneth Orizu and many other prominent
Nigerians have also commiserated with the people and government of Anambra State over the tragic incident and the monumental destruction – the type of which Nnewi had never experienced before in its entire history.
Eyewitnesses said the fire accident, which started about 11:00am on Thursday, was caused by an explosion which occurred when a truck attempted to discharge its contents without waiting for the mandatory cooling time while customers were refilling their cylinders at the same time.

The Anambra State Police Command has confirmed that eight persons died in the tragic incident, while six other persons were seriously injured and were rushed to hospital.

Apart from the lives lost to the inferno, many buildings and vehicles around the gas plant were equally destroyed by the fire. Read Here!