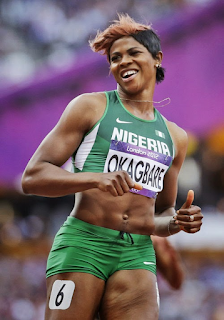 Okagbare’s specialties are the 100m and 200m sprints and long jump,” Jamaica’s Usain Bolt has won the IAAF World Athlete of the year in 2008,2009,2011,2012 and 2013 but amazingly hasn’t appeared in IAAF competitions more than Blessing Okagbere.

The IAAF Diamond League is an annual series of track and field meetings held from 2010 till date, and Blessing Okagbare has participated in 38 events higher than any other athlete in the world

﻿17 FACTS ABOUT THE OBI OF ONITSHA