Governor Willie Obiano has tasked the Anambra State Traditional Rulers’ Council to ensure that the developmental strides of his administration are sustained in their various communities. 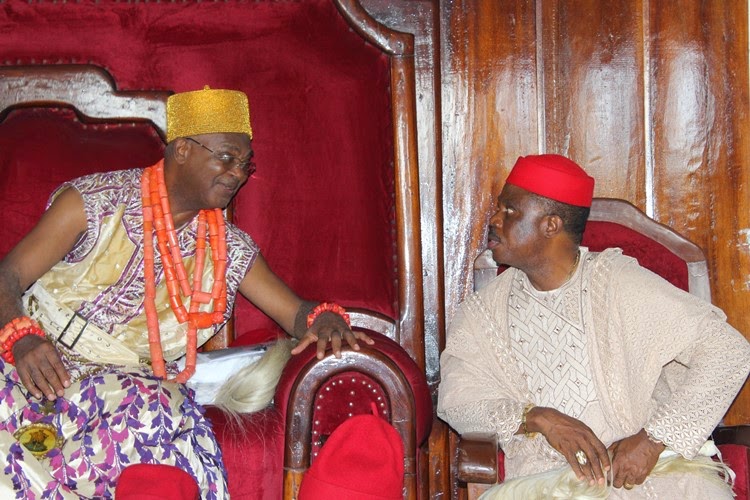 The commission was given during the opening ceremony of the fourth edition of the annual seminar of the Traditional Rulers’ Council held at Government House in Awka, the Anambra State capital, South-east Nigeria.

Governor Obiano praised the traditional rulers for their ability to maintain unity and steady support for his administration.

He urged them to remain focused and ensure that the developmental strides his administration has brought to bear are enjoyed and sustained in the 177 communities in the state especially in the area of security.

The Governor asked them to articulate and present to him, a resolution on how to approach the issue of the agitation of the Indigenous People of Biafra (IPOB) with a view to ensuring permanent peace and stability in the Igbo nation.

In his remarks, the Chairman of the Council and Obi of Onitsha, Igwe Alfred Achebe, commended the Governor for his support to the traditional institution as well as his giant strides in the development of the state in the area of education, health and youth empowerment.

He said that the seminar would help refresh their minds on their roles in their communities and urged his colleagues to adapt to the changes of the 21st century to help move Anambra State and Nigeria forward.

The Obi of Onitsha also expressed concerns on the agitation of the IPOB and the questions that had raged on the minds of the traditional rulers in the state. He concluded that caution, instead of rash judgment would be applied.

The seminar is expected to help deepen the knowledge of the traditional leaders on their functions and roles in their communities as well as sharpen their minds on contemporary issues on nation building.

The two-day seminar with the theme: “Impact of the Four Pillars of Economic Development and their Enablers in the Development of the Communities of Anambra State, the Role of the Traditional Rulers”, also featured the launch of a book consisting of seminar papers presented in previous seminars and conferences of the Council in the past three years.