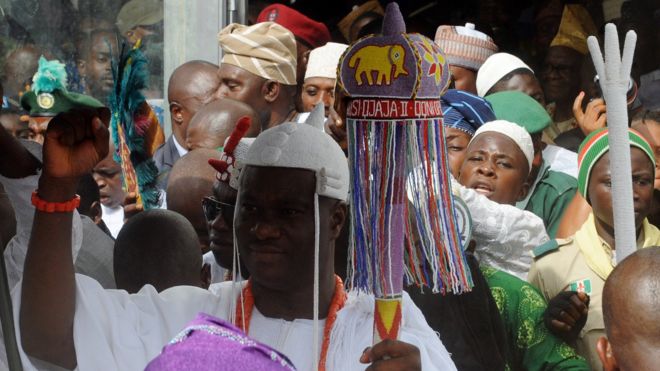 A 40-year-old accountant has been crowned the new Ooni of Ife – a revered monarch in south-west Nigeria.

The new king Adeyeye Enitan Ogunwusi is now one of the most influential among the Yoruba people, Nigeria’s second biggest ethnic group, of about 35 million in West Africa.

Tens of thousands celebrated in the city of Ife, AFP reports.

He told the BBC he does not intend to get involved in politics, wants unity and will stand for “forthrightness”.

The new king said to the BBC’s Umar Shehu Elleman that he doesn’t want supremacy among leaders. 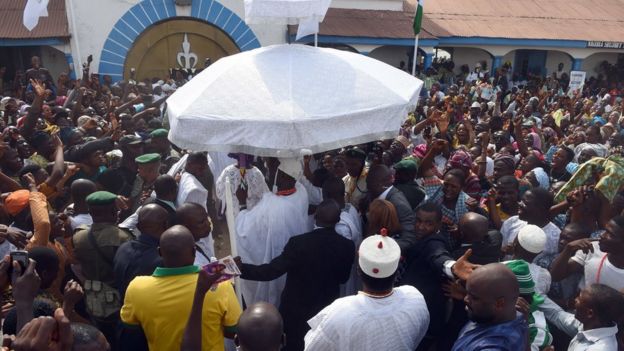 Instead “we just want to lead by example, do things right and foster unity,” he said.

He said he would “guide the leaders” of the country who he said were “very good people” who needed patience.

He also revealed his mission to “get to the bottom” of the creation of mankind.

“To the entire world it is still a myth that creation started from Ile-Ife but we will still do the research and make it to be known to be fact”.

Mr Ogunwusi was a prince from one of the ruling houses in the Ife kingdom and was selected by kingmakers from 21 candidates, including his older brother.

The previous Ooni of Ife, Oba Sijuwade, died in a London clinic in July aged 85 after a 35-year reign. 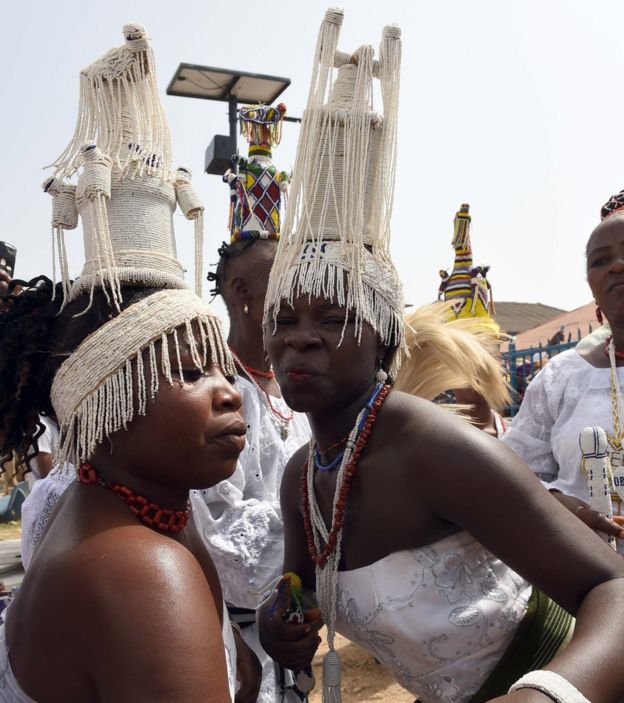 Ogbonnaya Onu Will Only Use Nigerian Made Cars As A Minister

Ooni Of Ife Contested The Stool With His Own Brother